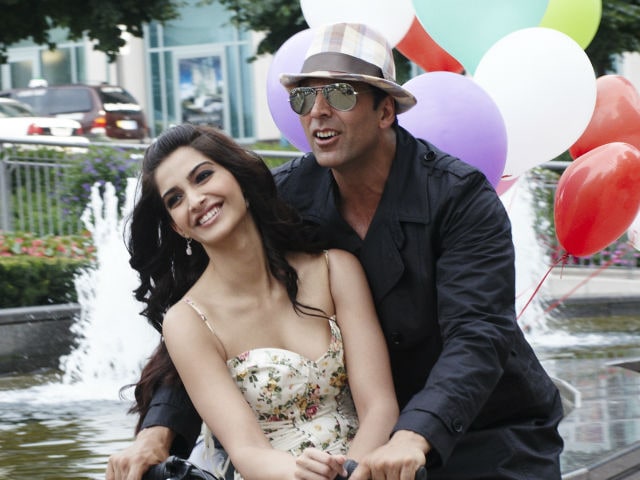 Sonam Kapoor and Akshay Kumar in a still from Thank You

New Delhi: First time National Awardee Akshay Kumar is processing his Best Actor win for the film Rustom. The 49-year-old star beat the redoubtable Mohanlal for the honour, as National Film Awards jury chairman Priyadarshan revealed, for his performance as a naval commander who goes to trial for the murder of his romantic rival. "Countless emotions, very hard to express my gratitude right now but still tried," Akshay Kumar captioned a video message he posted on his social media accounts. In it, he says, "Thank you seems like a very small word right now...I'm humbled by this honour." Here is the message Akshay Kumar posted:

Akshay is currently filming his new movie Padman in Maheshwar, Madhya Pradesh. His co-star is actress Sonam Kapoor, who received a special mention for her film Neerja, which also won the National Award for Best Hindi Film. "Shocked and grateful," Sonam Kapoor captioned a hilarious picture of herself and Akshay Kumar that she posted on Instagram:

Akshay Kumar has been inundated with wishes on Twitter from colleagues like Sidharth Malhotra, Anupam Kher and Sajid Khan.

Promoted
Listen to the latest songs, only on JioSaavn.com
Akshay has made two film appearances this year - he played the title role in the very successful Jolly LLB 2, and had a cameo in Naam Shabana. Akshay Kumar has wrapped two more films that will release this year - Toilet: Ek Prem Katha, 2.0 in which he will play the villain opposite Rajinikanth.