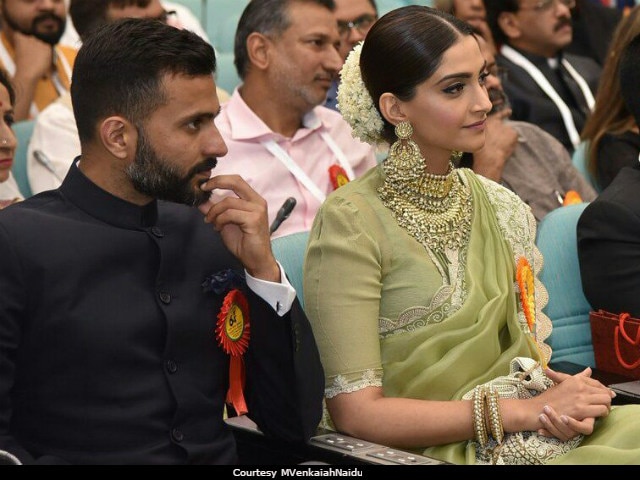 New Delhi: Sonam Kapoor trended all of Wednesday evening after receiving a Special Mention at the National Awards for her critically acclaimed performance in 2016's Neerja. She's still trending a day later because the Internet, at some point between Wednesday and Thursday, spotted Sonam's rumoured boyfriend Anand Ahuja sitting next to her at the National Awards ceremony in Rashtrapati Bhavan. Sonam and Anand were seated in the front row along with filmmaker Madhur Bhandarkar and the National Awards jury head Priyadarshan. Sonam's parents, father Anil Kapoor and mother Sunita, were also spotted cheering for Sonam when she was on stage to receive her award from President Pranab Mukherjee.

The official Twitter account of Venkaiah Naidu, the Minister of Urban Development, tweeted pictures from the event early into the National Awards - Sonam Kapoor and Anand Ahuja can be spotted in one of them.

Over the years, credibility of #NationalFilmAwards has increased thanks to the utmost sincerity, honesty and neutrality of the jury members. pic.twitter.com/MJLkVr7HSO

Meanwhile, Twitter is swooning over what an amazing couple Sonam and Anand make.

I want Sonam Kapoor and Anand Ahuja to adopt me, to be honest. They look so susheel. #MomandDadpic.twitter.com/5p9s0aaEhV

#Bollywood Sonam Kapoor's proud boyfriend Anand Ahuja was a reflection of her joy at the 64th National Awards -... https://t.co/fBXJsfWD5dpic.twitter.com/7cZ8xWlGCo

Sonam's elated father Anil Kapoor could not stop tweeting about his daughter's big day and also shared pictures from inside an intimate celebration party, where Anand was, however, not spotted:

Smiling ear to ear! Congratulations #TeamNeerja for giving your best and then some more! Well deserved! pic.twitter.com/90SbBjkX99

This is how Mr Kapoor congratulated both Sonam Kapoor and Akshay Kumar, who won Best Actor for his portrayal of naval officer Rustom Pavri in Rustom. In Mr Kapoor's tweet for Sonam, he can be seen applauding his daughter along with Anand.

Congratulations @akshaykumar !! So happy for you!! Hard work , talent & discipline has resulted in this win! Well done! #NationalFilmAwardspic.twitter.com/45aHvRllJr

Promoted
Listen to the latest songs, only on JioSaavn.com
Earlier this week, Sonam Kapoor and Anand Ahuja flew out of Mumbai together - their travel wardrobes were colour coordinated. 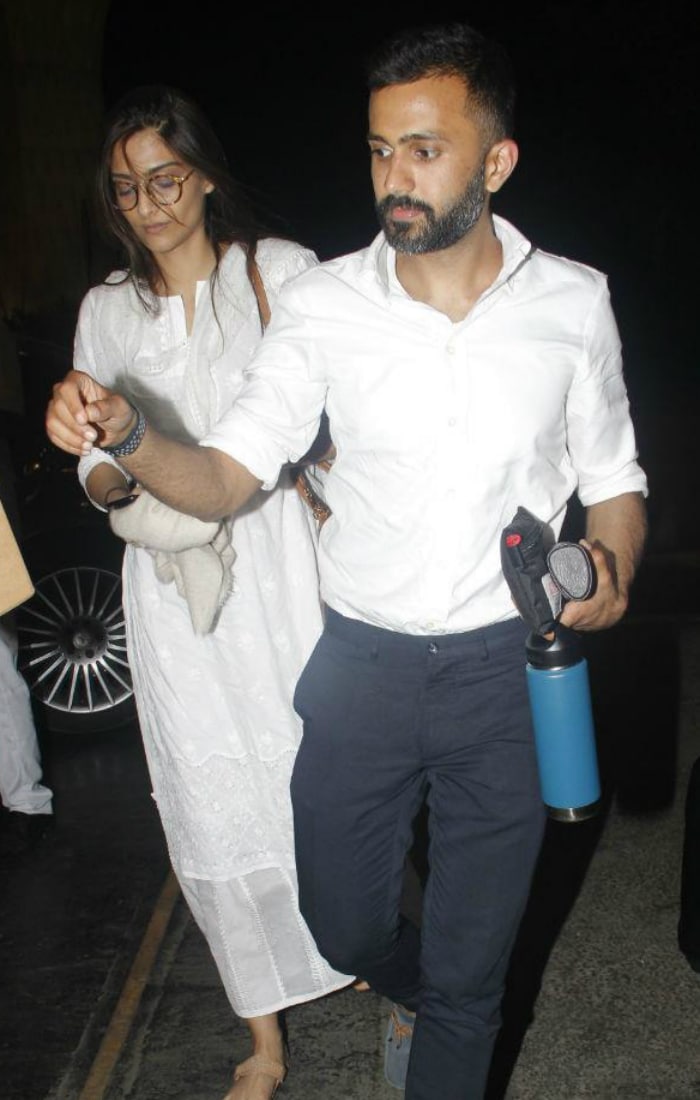 Sonam Kapoor and Anand Ahuja photographed at the Mumbai airport

Sonam Kapoor and Anand Ahuja, both active on social media, also often feature together in Instagram posts like these:

How you gonna post MY pic before me @sonamkapoor !? Well, we'll see who gets more likes, ok!?