National Awards: MOM, in which Sridevi was cast as a mother bent on avenging the rape of her daughter, was her third film after her comeback 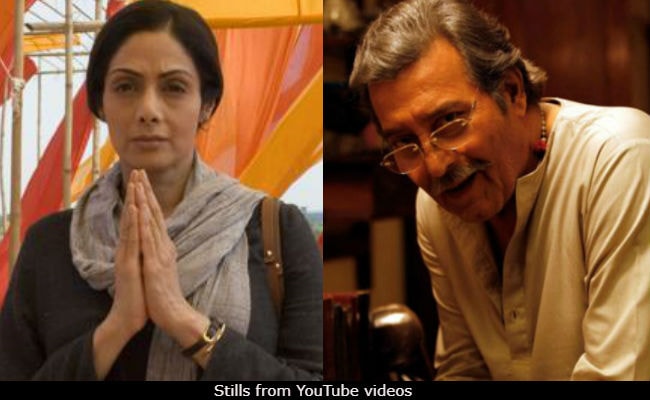 New Delhi: The National Film Awards, announced in New Delhi today, posthumously awarded two icons of Indian cinema - Sridevi, who drowned in a Dubai hotel bathroom in February, won her first National Film Award for Best Actress for her performance in MOM, the revenge thriller that was her swan song; Vinod Khanna, who died last year, will receive the Dadasaheb Phalke award, India's highest film honour. MOM, in which Sridevi was cast as a mother bent on avenging the rape of her daughter, was her third film after returning to acting recently with English Vinglish and Tamil film Puli.

Sinjar, a film from Lakshadweep, won Best Jasari Film and Best Debut Film of a Director, receiving a special shout-out from Shekhar Kapur. Walking With The Wind won Best Ladakhi Film, which was also awarded for Best Sound.

Newton won Best Hindi Film with a Special Mention for actor Pankaj Tripathi, who said later, "I am absolutely delighted. I had no idea I was even in the running. It feels amazing to know that the whole country thought my role in Newton was one of my best and to win the Special Mention Award at the highest film award in India is just exhilarating. My director and co-actors made it so easy for me to act in this film."

Malayalam actress Parvathy won a Special Mention for Take Off, which also took the prize for Best Production Design.

The National Awards ceremony will be held on May 3.

Here's the list of winners of the 65th National Film Awards:

Promoted
Listen to the latest songs, only on JioSaavn.com
Maurkhiya (Marathi)
Hello Arsi(Odiya)
Parvathy for Take Off (Malyalam)
Pankaj Tripathy for Newton