In a stinging post on Facebook, Resul Pookutty pointed out that the President's office picked "only stars" for "those 11 awards" 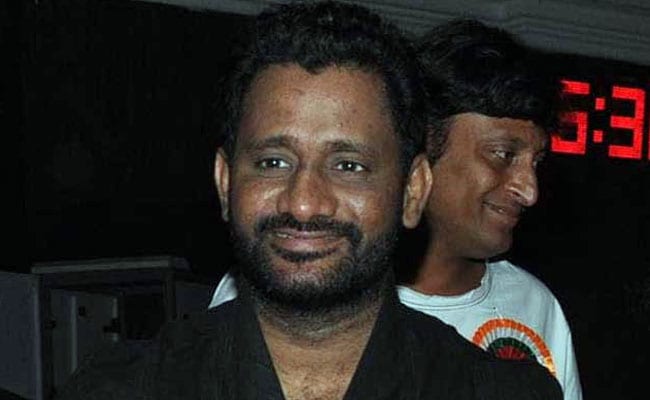 Resul Pookutty wrote on Facebook that the "smallest people in the whole spectrum got sidelined!"

New Delhi: The announcement that President Ram Nath Kovind would hand out the National Film Awards to only 11 of this year's 137 winners during the "one hour" earmarked for the ceremony not only prompted over 50 artistes to boycott the event, but also set off a firestorm of criticism.

Those who didn't turn up to receive their awards say they were shocked to learn during the rehearsal that the President would present the award only to a select few. The President's office said it was known that since Mr Kovind took office, he has never spent more than one hour at any event.

Oscar-winning sound artiste Resul Pookutty, among others, took to social media to express his dissent. "If the Govt.Of India cannot earmark three houres (sic) if it's time, they should not bother us giving us #NationalAward. More than 50%of our sweat you take it as entertainment tax,the least you could do is respect the values we hold dear!" tweeted Mr Pookutty.

The ceremony on Thursday was divided into two sections. In the first part, Information and Broadcasting Minister Smriti Irani and Minister of State Rajyavardhan Rathore gave away the awards, and the President took over in the second phase.

Among the awards that the president handed out were those honouring actors Vinod Khanna and Sridevi, both posthumously. Vinod Khanna's family accepted the Dada Saheb Phalke Award, the highest film honour in India. Sridevi's husband and daughters went to the stage to accept her award for her last film "Mom".

In a stinging post on Facebook, Mr Pookutty pointed out that the President's office picked "only stars" for "those 11 awards". He wrote, "Your good office chose from the bottom of the list it was only the stars and star elements got picked up! Or those 11 people could have been the young and first time awardees! We would have clapped in joy at Your choice... We felt bad because the people who got left out were those raw people, the technicians who are always called first in every award ceremony and edited out in every TV shows."

He felt sorry for the non-stars and added, "Stars don't care us, business don't care us, we thought our nation would care us! The National Award is our nation's highest recognition, being recognized at Hon. President's hand is our privilege, our honour and our dream!. But I felt the Nation's sentiment got left out in the choices that were made yesterday, for its the technicians who always gets the raw deal!."

"Discrimination is very humiliating. It's like artistes have been categorized into A and B," said director Praveen Morchhale, whose Walking With the Wind won three National Awards, including Best Film (Ladakhi).

Promoted
Listen to the latest songs, only on JioSaavn.com
"One of the reason the National Film Awards are prestigious is because they are handed by the @rashtrapatibhvn -not a minister. This is a moment of a lifetime for Film makers ; please don't deprive them of their merit / glory," tweeted critically acclaimed filmmaker Rahul Dholakia.

Censor board chief Prasoon Joshi felt the criticism was unfair. "Getting an award from the President of the country is a special moment. But at the same time, these changes keep happening. I don't think we should belittle the awards," he told IANS, adding, however, that he did understand the emotion behind the protest.

Covid India Highlights: Vaccine For All Above 18 Starting May 1