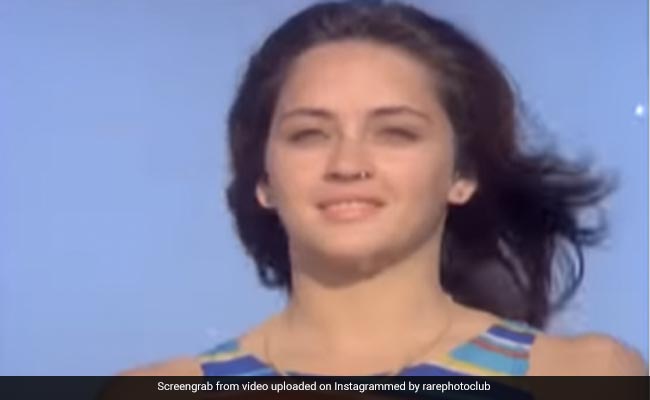 Nafisa Ali in a still from the ad. (courtesy rarephotoclub)

Throwback Thursday is a trend of bygone days. For a change, what about a throwback Saturday? Veteran actress and former Miss India Nafisa Ali is brightening up our weekend with a throwback video on Instagram Stories. It was originally shared by a fan club, then by her daughter Pia Sodhi on the social media platform. In this old blurry video, Nafisa Ali's younger self is dressed in a  swimsuit. The actress makes a clean dive into a swimming pool from a height. Then, she is seen enjoying herself in the pool. The video happens to be from an old tea advert that Nafisa Ali featured in. It is a walk down memory lane, reminding us of Nafisa Ali's swimming prowess. She was the national swimming championship from 1972-1974. The caption read, "So pretty, Nafisa Ali," along with a melting heart emoji. 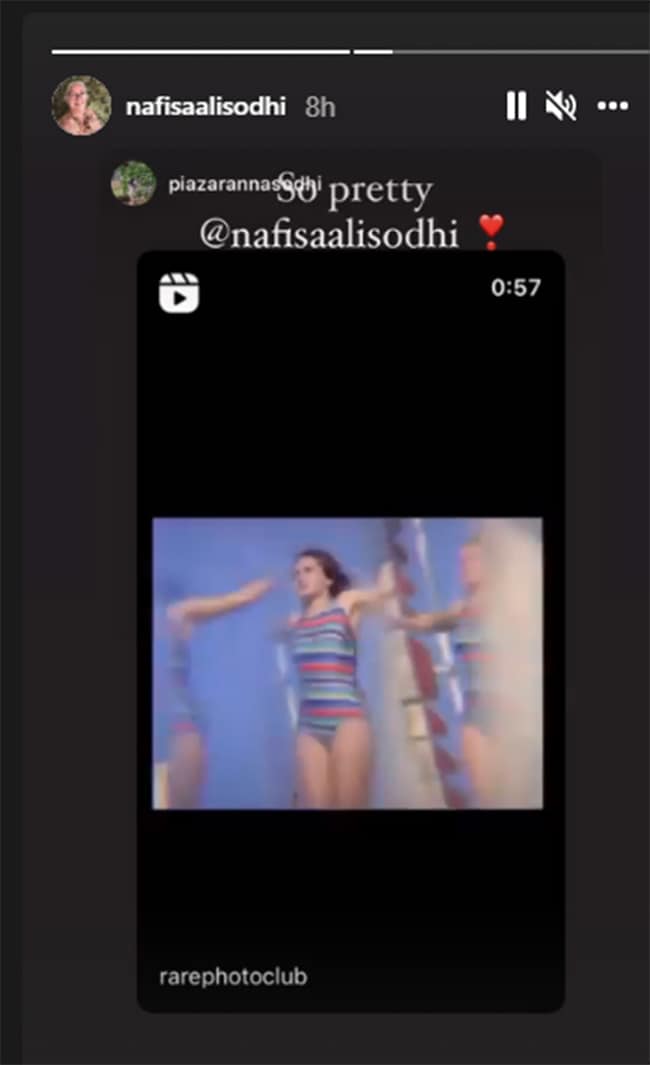 And, there is some good in store for all the fans out there as Nafisa Ali is planning to return to Bollywood after her long break. A while back, she had shared the news via a selfie update. We see Nafisa Ali in a casual shirt and smiling for the camera. In the caption, she wrote, "Just me time…Shooting in the afternoon today." Her hashtag revealed the location, "Mumbai."

Another throwback post on Nafisa Ali's Instagram timeline is a collage of wonderful memories. It features movie stills of Bollywood celebrities Anupam Kher, Mithun Chakraborty, Juhi Chawla, Rani Mukherji among others. The caption read, "On the wall of Rajshri Productions."

This summer, Nafisa Ali shared a photo from the days when she was suffering from cancer. "This was me two years ago (in the ICU) after my big peritoneal cancer surgery," she wrote. Thanking the doctor and hospital staff, the actress added, "The doctors, the medical team who cared for me and the hospital were amazing as they gave me courage. Happy and celebrating life today with my super positive family."