Nafisa Ali, 64, Posts A Stunning Throwback Pic Of Herself At 17

Nafisa Ali is a former beauty queen and a swimming champion 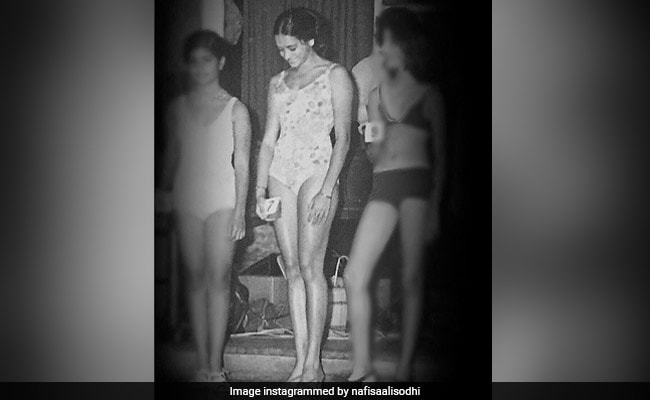 Did you know that Nafisa Ali, 64 now, won the May Queen Ball in Calcutta when she was 17? The actress, in an Instagram post on Sunday night, made a trip down memory lane and posted a stunning throwback photo of herself from when she won the May Queen Ball crown. In the black and white photo, Nafisa can be seen sporting what appears to be a swimsuit and holding a number '7' card in her hand. The former Miss India wrote in her caption: "Once upon a time... this was when I was 17, in Calcutta at the 'May Queen Ball'" and asked her fans, "Guess who won?" Within an hour, her post was flooded with comments such as "you won" and "number 7 won."

Nafisa Ali is a former beauty queen and a swimming champion. She won the Miss India title in 1976 when she was just 19 and in the same year, she was also the second runner-up at Miss International, which was held in Tokyo, Japan. Nafisa was the national swimming champion from 1972-1974.

Nafisa Ali often treats her fans to throwback pictures of herself. Recently, she shared a set of pictures of herself at 20. "Found these old images of me at 20 ... I have lived my life with a song in my heart," she captioned her post.

Nafisa Ali currently lives in Goa with her family. Here's what she looks like now:

Nafisa was diagnosed with peritoneal and ovarian cancer in November 2018. She also battled leucoderma, a skin disorder in which patches of skin tend to lose its natural colour.

In terms of work, Nafisa Ali is known for her roles in films such as Junoon, Major Saab, Bewafaa, Life In A... Metro and Yamla Pagla Deewana. She was last seen in Saheb Biwi Aur Gangster 3.