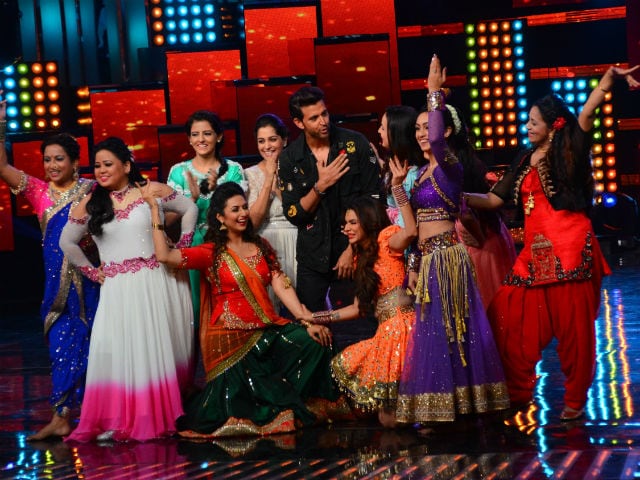 Hrithik Roshan photographed with the contestants

New Delhi: Actor Hrithik Roshan will be the first celebrity guest on couple dance reality show Nach Baliye 8. The actor came to promote the television premiere of his last film Kaabil, reports Spotboye. Hrithik made a dhamakedar entry with all the female contestants and grooved to some of his hit songs, including Dil Kya Karein from Kaabil. The eighth season of Nach Baliye, where 10 couple are competing to win the title, started airing from April 2. Sonakshi Sinha, Terence Lewis and Mohit Suri are the judges of the show. Divyanka Tripathi Dahiya, who is one of the contestants made Hrithik and Sonakshi dance to Saree Ke Fall Sa, reports Spotboye.

Check out these pictures of Hrithik Roshan on the sets of Nach Baliye 8: 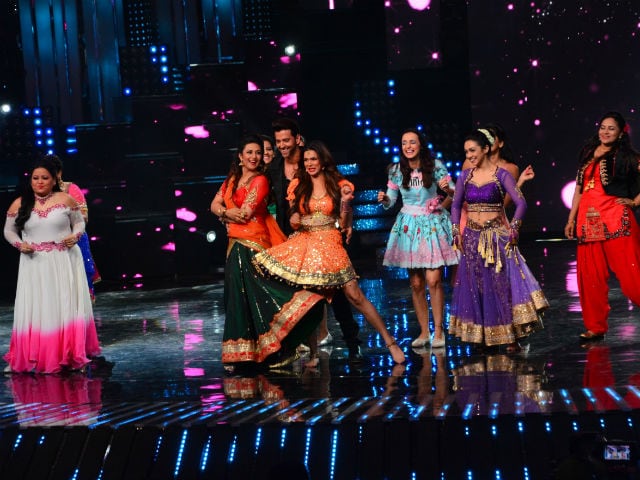 Hrithik Roshan dances with the contestants 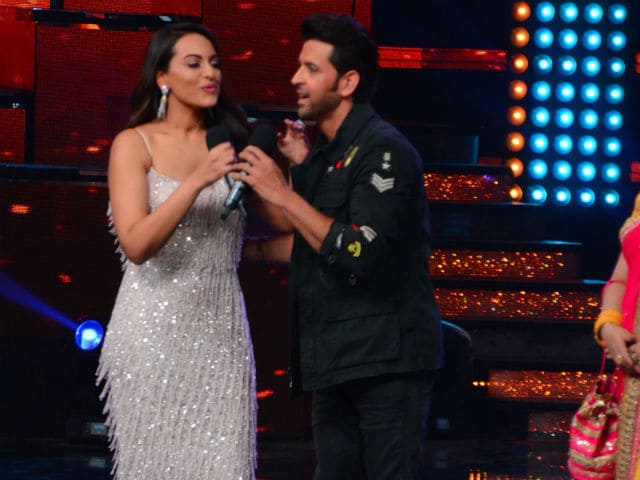 After their performance, Sonakshi revealed that she has been a fan of the 43-year-old actor after his debut film Kaho Na... Pyaar Hai (2000). "Sonakshi recalled that being a star kid she was always surrounded by celebrities and never needed to ask anyone for an autograph. But when Hrithik's debut film released, she loved it so much that she'd send her house-help over to the Roshans every day to get her an autograph, which, despite her dogged efforts, failed to bear fruit," Ahmedabad Mirror quoted a source from the sets as saying.

Hrithik Roshan is best known for his performance in Mission Kashmir, Fiza, Koi... Mil Gaya, Jodhaa Akbar and Guzaarish. He is expected to start shooting for Krrish 4 soon.

Promoted
Listen to the latest songs, only on JioSaavn.com
In the first episode of Nach Baliye 8, Dipika Kakar and her fiance Shoaib Ibrahim were declared the toppers while Sanaya Irani and Mohit Sehgal scored the least.