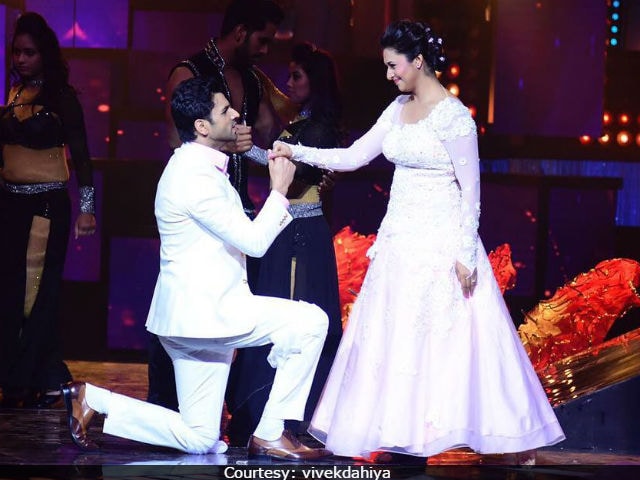 Divyanka and Vivek perform on the Nach Baliye 8 (Courtesy: vivekdahiya)

New Delhi: A day after celebrity couple dance reality show Nach Baliye 8 started airing on television, producer Ekta Kapoor took no time to decide on her favourite jodi. No brownie points for guessing Ekta's pick. The Yeh Hai Mohabbatein producer wants the stars of her show Divyanka Tripathi Dahiya and Vivek Dahiya to win Nach Baliye 8. Posting a picture of the couple, Ekta wrote, "Saw these two dance?!!! televisions most loved couple...they are LOVE itself!!! Waiting to see them win nachbaliye8 (sic)." Divyanka plays the lead opposite Karan Patel in Yeh Hai Mohabbatein while Vivek also features in a pivotal role. He was also the star of one of Ekta's top-rated show Kavach...Kaali Shaktiyon Se. Divyanka Tripathi, 32, and Vivek Dahiya, 32, married in July last year.

Saw these two dance?!!!televisions most loved couple...they are LOVE itself!!! Waiting to see them win nachbaliye8!!!! JAI MATA Di

Promoted
Listen to the latest songs, only on JioSaavn.com
Divyanka and Vivek have all the reasons to be happy. They have Ekta as well as Sonakshi's mother support. In the episode that aired on April 2, the Noor actress revealed that her mother Mrs Poonam Sinha is a "huge fan" of the television star. Sonakshi told Divyanka that her mother loves her character Ishi Maa in Yeh Hai Mohabbatein.

Looking forward to lots of dance, add in some good laughs, mixed with a pinch of mischief, and garnished with lots and lots of love and romance #PerfectRecipe #NachBaliye8