"My Kids," Deanne Panday Writes For Daughter Alanna And Her Boyfriend Ivor 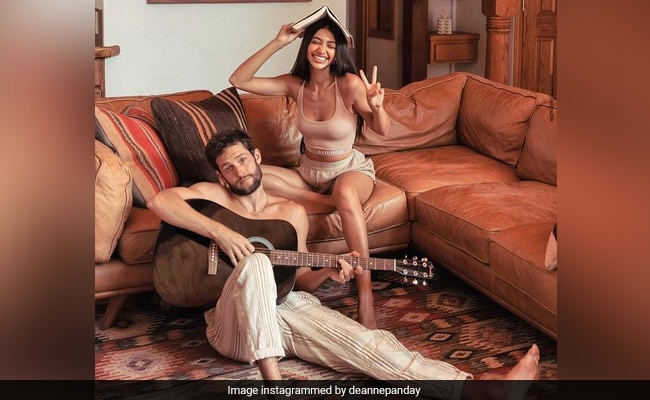 Fitness expert and author Deanne Panday is all hearts for daughter Alanna and her boyfriend Ivor. She posted a set of pictures of Alanna with boyfriend Ivor and their pet pooch. Deanne posted those pictures on her Instagram profile on Thursday evening and she captioned the post: "These three." She accompanied the post with the hashtags #home #loveyouboth, #mykids, #family #daughterishome and #godbless. In a YouTube video, Alanna revealed her mother's reaction when she moved in with Ivor and said, "They were so happy. I remember telling my mom first that we are getting a house and she was absolutely ecstatic."

This is what Deanne Panday posted her daughter Alanna and her boyfriend Ivor. Check it out here:

Alanna Panday frequently shares posts with her boyfriend Ivor on social media. Take a look at some of the posts here:

Alanna Panday, who lives in Los Angeles, moved in with Ivor McCray last year. Alanna featured in headlines after she revealed she's regularly slut-shamed and body shamed on Instagram. "I wish I had spoken about it sooner, but waking up and reading things like this just became normal to me - it's an everyday part of my life," she said.