Nawazuddin Siddiqui and Athiya Shetty cook up a wedding storm in the trailer of their new film Motichoor Chaknachoor. 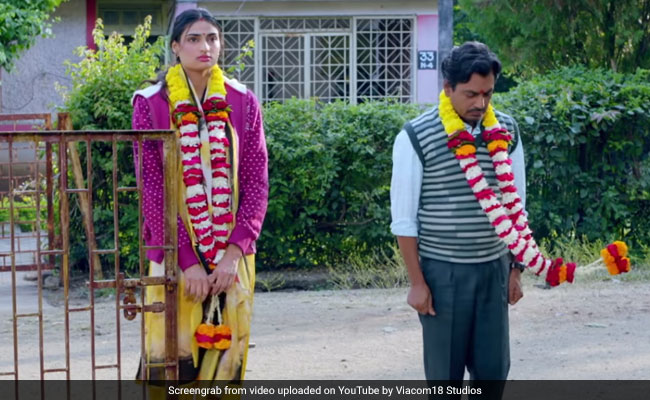 Nawazuddin Siddiqui and Athiya Shetty cook up a wedding storm in the trailer of their new film Motichoor Chaknachoor, which released on the Internet recently and went insanely viral. In Motichoor Chaknachoor, Nawazuddin plays Pushpinder Pandey, approaching 40, whose only agenda is to get married while Athiya is Annie, who only wants to marry an NRI. Pushpinder Pandey has recently returned from Dubai having lost his job - something he conveniently doesn't tell Annie before getting married. Families get involved and a comedy of errors begin. In Motichoor Chaknachoor, Nawazuddin and Athiya are supported by a strong ensemble cast including Vibha Chibber, Navni Parihar, Vivek Mishra and Karuna Pandey, among others.

Watch the trailer of Motichoor Chaknachoor:

Speaking about signing Motichoor Chaknachoor, Nawazuddin said that the "oddly straight and unintentionally funny" character of Pushpinder stood out in the script, which is the reason why he agreed to do the film. He said, "When I read this script, the oddly, straight laced and unintentionally funny Pushpinder (my character), really stood out. His desperation to get married drives him a little crazy forcing him down some insane alleys of life. I had a great time playing a character like him for the first time and working with Athiya Shetty, who essays the role of NRI husband seeking Annie so beautifully," reported news agency IANS.

Motichoor Chaknachoor is directed by Debamitra Biswal and it is jointly produced by Viacom18 Studios and Woodpecker Movies. The film will release on November 15.