Mohit Suri: Won't Make Aashiqui 3 For The Sake Of It

"It's a loved franchise but it should come back for the right reason, which is the script," said Mohit Suri 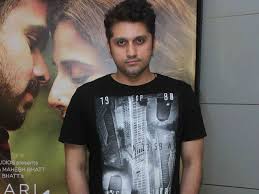 New Delhi: Filmmaker Mohit Suri is gearing up for the release of his film Half Girlfriend, starring Arjun Kapoor and Shraddha Kapoor. The 36-year-old director, whose 2013 film Aashiqui 2 was a big success at the box-office, told news agency PTI that he won't make a sequel of the film without a right script. Earlier, a few reports suggested that Mohit Suri had roped in Alia Bhatt and Sidharth Malhotra for Aashiqui 3. However, dismissing the rumours, Mohit Suri told PTI: "It's a loved franchise but it should come back for the right reason, which is the script. I would've made Aashiqui 2 even if it would've been called 'RJ ki ek love story'. I wanted to make the film badly and tell the story."

"You shouldn't make a film because you want to capitalise on a title. You can get the film to the audience but you can't make them like it. I can lose everything I built with Aashiqui 2 by making a bad Aashiqui 3," PTI quoted Mohit Suri as saying.

Promoted
Listen to the latest songs, only on JioSaavn.com
Half Girlfriend is based on Chetan Bhagat's novel of the same name. Arjun Kapoor will be seen portraying the role of Madhav Jha, a man who hails from Bihar. Shraddha Kapoor will feature as Riya Somani, a Delhi-based student.

Half Girlfriend is scheduled to release in theatres on May 19.