According to Forbes, with production of big Hollywood projects shut because of the pandemic, most of the actresses made it to the list owing to their collaborations with television and streaming platforms. 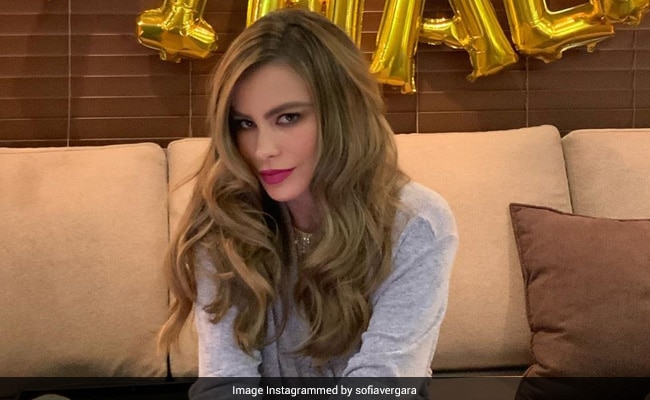 Forbes released this year's list of Highest Paid Actresses and Modern Family star Sofia Vergara has scored the top spot with earnings of $43 million. Second on the list is Hollywood star Angelina Jolie with $35.5 million. Sofia and Angelina are followed by Wonder Woman star Gal Gadot with $31.5 million. Forbes attributed Sofia's impressive earnings to her fat paycheck from Modern Family - $500,000 per episode - and also as a judge on reality TV show America's Got Talent, with an estimated $10 million per season. "She padded that income with a series of endorsement and licensing deals," reported Forbes. The Emmy-winning Modern Family came to an end in April this year after successfully running for 11 seasons.

The fourth, fifth and sixth spots on Forbes list of Highest Paid Actresses have been occupied by Melissa McCarthy ($25 million), Meryl Streep ($24 million) and Emily Blunt ($22.5 million) respectively. The list also features Nicole Kidman at rank #7 with $22 million, Ellen Pompeo at #8 with $19 million and Elisabeth Moss at #9 with 16 million. Viola Davis rounds off the list ranking at #10 with $15.5 million. Scarlett Johansson, who topped last year, couldn't make it to the top 10, reported Forbes.

According to Forbes, with most American theatres and production of big Hollywood projects shut because of the pandemic, barring Angelina Jolie and Emily Blunt, the other actresses made it to the list owing to their collaborations with television and streaming platforms.