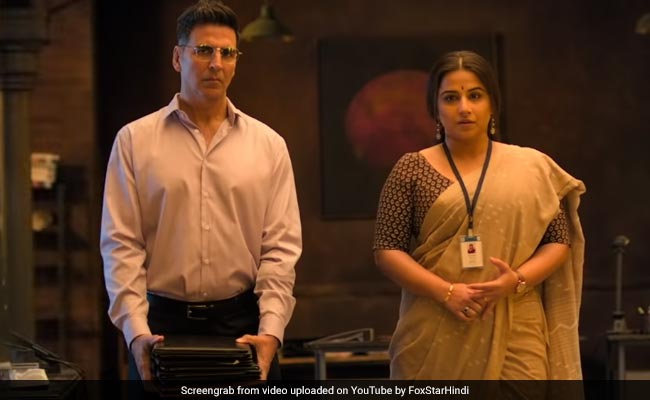 For Akshay Kumar and his team of scientists in Mission Mangal, the sky is not the limit. The new trailer of Mission Mangal released on Thursday and is an intriguing montage of the individual experiences of the scientists who made Indian Space Research Organisation's (ISRO) Mars Orbiter Mission a success in 2013. The trailer begins with Akshay Kumar, who plays the Mission Director in the movie, announcing a launch failure to the press. Vidya Balan, who is the Project Director is always bubbling with energy and ideas and she is the one to life up Akshay's spirits with crazy ideas. Her motto - "Anything is possible."

Mocked upon by their over-ambitious dreams, Akshay Kumar and Vidya Balan are assigned a team of juniors comprising rookie scientists Sonakshi Sinha, Taapsee Pannu and Nithya Menon, who are yelled at by Akshay. But yet again, the temporary scrapping of the then Chandrayan 2 mission takes Vidya Balan to experience a Eureka moment. Akshay Kumar bows down to her and the mission MOM takes off.

Speaking to news agency PTI, Vidya Balan recently said that she's glad Mission Mangal celebrates India's achievements: "I felt this story needed to be told. We Indians do not wear our pride on our sleeves for our country and I am glad that more films are being made that make us aware what a great nation we are... I am glad our movies are doing that and Mission Mangal is doing that."

Meanwhile in an Instagram post, Akshay had told us that he's made Mission Mangal specially for his daughter Nitara and kids her age: "Mission Mangal, a film which I hope will inspire as well as entertain. A film which I've done specially for my daughter and children her age to familiarise them with the incredible true story of India's mission to Mars."