Mission Majnu Review: It does not peddle the sort of shrill jingoism that Mumbai movies of this genre are wont to do these days. That welcome plus is, however, stubbed out by a major minus - a plot with weak sinews. 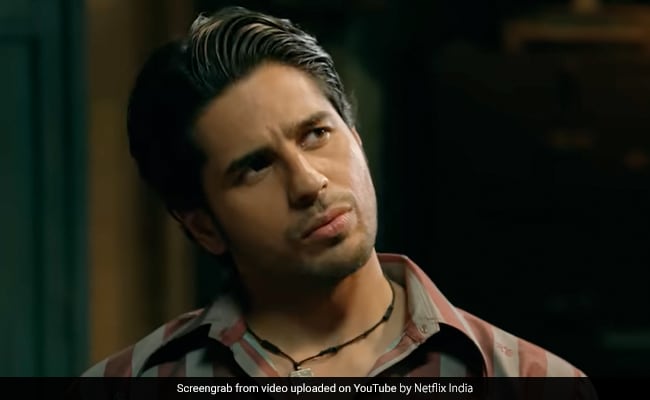 An espionage drama that takes its own sweet time to warm up, Mission Majnu centres on a fictional RAW operation aimed at scuttling Pakistan's secret nuclear programme in the 1970s. Woven into the patchy thriller is the love story of an Indian secret agent and a blind Pakistani girl. Neither strand of the narrative is able to keep flaccidity at bay.

The protagonist of Mission Majnu, streaming on Netflix, is an intrepid field operative torn between his duty to his nation and his fidelity to his wife. One poses a threat to the other. Much of the intrigue that the film generates hinges on the hero's head-versus-heart conflict.

Mission Majnu, headlined by Sidharth Malhotra, flits between the personal and the professional to showcase the selfless patriotism of fearless spies who do their jobs in oblivion without any hope of ever being recognised and rewarded for their bravery. In this respect, it is no different from other spy thrillers of the day.

Mission Majnu, directed by Shantanu Bagchi and written by Parveez Sheikh, Aseem Arora and Sumit Batheja, wants us to applaud the heroic sacrifices that unsung undercover agents make in the list ne of duty. However, since the story isn't set in contemporary times, it isn't driven by brazenly bellicose chest-thumping.

It does not peddle the sort of shrill jingoism that Mumbai movies of this genre are wont to do these days. That welcome plus is, however, stubbed out by a major minus - a plot with weak sinews. It prevents the film from acquiring genuine heft.

Mission Majnu does not plunge into relentless action from the outset. It is well over an hour into the film that the first major fight sequence occurs. It takes place in a running train and atop it as the hero, on the run from the Pakistani army, dodges them bullets and fights back with all his might.

It is followed by several more action scenes and shootouts, including a climactic one in an airport, crammed into a space of about 30 minutes. Until Mission Majnu reaches its big turning point in its last quarter, it does not deliver any real explosions. More talk than action for the most part, the film struggles to hold our attention.

It is a tale of a man with a dark family past that he is determined to live down. He stops at nothing to obliterate his identity as he seeks to gather intelligence about Pakistan's covert counter-moves in the wake of India's first nuclear test in Pokhran in mid-1974.

Amandeep Singh (Malhotra), lives in Rawalpindi under the assumed name of Tariq Hussain. He works as a tailor's assistant. He falls in loves with the tailor's sightless niece Nasreen (Rashmika Mandanna) and marries her in the face of stiff opposition from the girl's father.

Post-Pokhran, word leaks out that Pakistan is furtively developing its own nuclear bomb with the help of a scientist who has returned from the west at the behest of Prime Minister Zulfiqar Ali Bhutto (Rajit Kapur). Alarm bells begin to ring in Delhi.

The then Indian Prime Minister (Avantika Akerkar, in her third onscreen impersonation of Mrs Gandhi after the 2019 Thackeray biopic and the 2021 cricket drama 83) - Indira Gandhi isn't actually named and is referred to only as Madam Prime Minister - greenlights an urgent mission under the guidance of RAW chief R.N. Kao (Parmeet Sethi) to ferret out the details of Pakistan's plans.

Amandeep/Tariq is made the kingpin of the operation, named Mission Majnu. Among the people he works with is Aslam (Sharib Hashmi), a dhaba owner whose approach to intelligence gathering is far more aggressive and, therefore, prone to missteps.

Cliches like "Woh ek kattar desh hai" and "India is counting on him" - both of which are uttered by the PM, the former in obvious reference to Pakistan, the latter alluding to the halo around the hero who is about to be given his most important assignment of his career - abound in the first hour or so, giving the film a dull, hackneyed feel.

As it makes its way towards the finale, Mission Majnu gathers some momentum and takes a step away from the usual spiel about deshbhakti without succeeding in completely eliminating its vestiges. The hero has a point to prove to his detractors and his nation, but he resolves to perform his duty without sacrificing the well-being of his Pakistani wife.

One of the characters with whom Tariq works asserts that patriotism does not flow in one's veins but resides in the soul. Deshbhakti khoon mein nahi rooh mein hoti hai, the man says, referring to the courage that the hero demonstrates in putting his life on the line in spite of knowing how that would put his wife in harm's way.

Bolne waale toh bahut milenge par nibhane waale... (There is no dearth of those who harp on patriotism, but those that walk the talk...). It isn't hard to grasp the drift of the man's statement, especially when seen in the context of today's hyper-nationalism.

The hero talks about love and peace, vows lifelong allegiance to his wife, is loath to lose his composure even in tight situations, and thinks twice before he acts. He isn't a conventional man of 'action' but he knows what he is in Pakistan for. In every move that he makes, there is a dilemma at play, which makes him a far more interesting figure than most spies we encounter in Hindi cinema. Unfortunately, the film itself does not measure up.

Mission Majnu tells what is clearly a fictional, at times even fantastical, story. It reimagines the circumstances that forced Pakistan to abort its nuclear programme in the 1970s. It rustles up a bunch of field operatives who go about the job of locating the site of General Zia-ul Haq's planned nuclear test.

Mission Majnu does not deliver a thrill a minute nor does it produce any exceptional degree of tension and suspense. Yet, parts of the film, especially in the second hour, do spring to life. This is in part due to the lively performances from Malhotra, Hashmi, Kumud Mishra and Zakir Hussain.

Many of the key political players of the era, including General Zia (Ashwath Bhatt), Morarji Desai (Avijit Dutt) and Abdul Qadeer Khan (Mir Sarwar), are identified by name, but the undercover agents on the ground are all figments of the screenwriters' imagination.

So, when Tariq is confronted by a bunch of Pakistani soldiers, he is a handful. But he isn't projected as a high-flying superspy but only as a super-enterprising secret agent committed to a cause. Someone calls him a genius in a surprisingly matter-of-fact manner. His only mode of transport is a modest scooter.

It is the protagonist's ordinariness that is as special as his valour. But this hero and Sidharth Malhotra's interpretation of the character might have had a greater impact had this been a film less ordinary.