Missing Trailer: Do You Know Who Tabu And Manoj Bajpayee Are Looking For?

Missing trailer is a thrilling affair with Tabu and Manoj Bajpayee 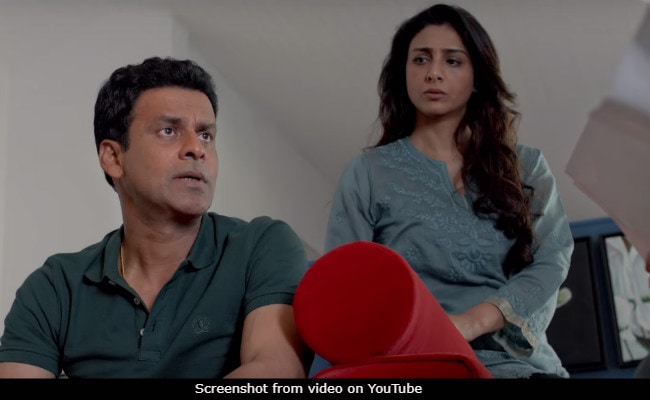 New Delhi: Tabu and Manoj Bajpayee just dropped the trailer of their new film Missing. The very name is suggestive of the genre of the movie - it is a psychological thriller which also stars Annu Kapoor. The trailer begins with a married couple (played by Tabu and Mr Bajpayee) checking in to a plush hotel in Mauritius with their baby daughter Titli. But everything goes topsy-turvy in the lives of the Dubeys after Titli goes missing during the vacation. Annu Kapoor, who plays the investigative officer, learns that the last time Mrs Dubey checked on Titli was before she went to sleep and the next morning, the baby was reported missing.

Soon, the trailer picks up pace as the investigative officer interrogating the hotel authorities, fellow guests and even Titli's parents. During an enquiry session with the couple, the mother appears to lose her calm when asked about certain discrepancies in their travel tickets. Later, the hotel staff also reveals that things are not exactly rosy between the Dubeys - "But that's there in every marriage" - Manoj Bajpayee tries to justify it to Annu Kapoor.

The last part of the trailer is a collage of thrilling moments which makes room for many clues but leaves the viewers confused about what exactly happened to Titli. Sidharth Malhotra was one of the first ones to tweet about the trailer. "Super trailer, Super cast, excited and intrigued to watch Missing trailer," he tweeted the Student Of The Year actor.

Watch the trailer of Missing here: