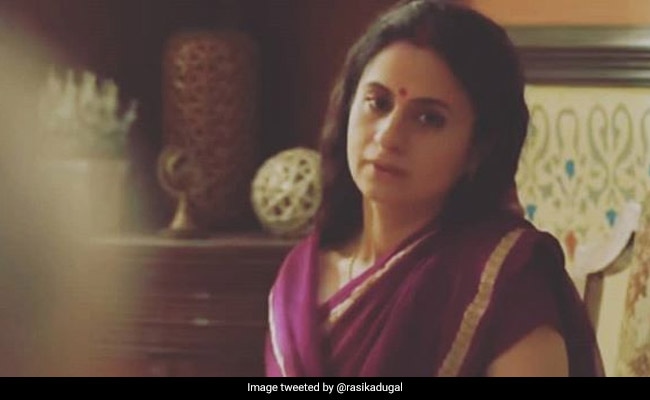 Rasika Dugal in a still from Mirzapur (Image courtesy rasikadugal)

Actress Rasika Dugal, who was recently seen in Amazon web-series Mirzapur also featuring Pankaj Tripathi, Ali Fazal and Vikrant Massey, in an interview to news agency PTI said that women are often "ignored" from the main narrative, especially in films. The actress believes that in the digital medium there is scope for "multiple tracks to flesh out". "There is room and time for multiple tracks to flesh out in the web space. I enjoy this format. Women often get ignored from main narrative, especially in films. In Mirzapur, the tracks of all the women are interesting," the actress told PTI.

In the recently launched web-series Mirzapur, Rasika Dugal plays the role of Beena Tripathi, wife of gangster Kaleen Bhaiya (Pankaj Tripathi). Speaking about her character in the series, the 33-year-old actress said it was very "refreshing" for her to play the role of Beena Tripathi. "Beena is instinctively mysterious person. It was very refreshing for me to play this part as I usually get a role in which I am a good wife or the loving mother. There are absolutely no roles written for women in which there is acknowledgement of their sexuality," Rasika added.

Meanwhile, Ali Fazal recently confirmed in an interview to news agency IANS that Mirzapur Season 2 is on its way. "Hopefully early next year. We are hoping to bring you back to the world of Mirzapur. So early next year we would, but before season 2, I have some film commitments to finish both here and abroad and yeah, then after that we will begin," Ali Fazal said.

With inputs from PTI and IANS)