Miranda Kerr Opens Up About Depression After Split From Orlando Bloom 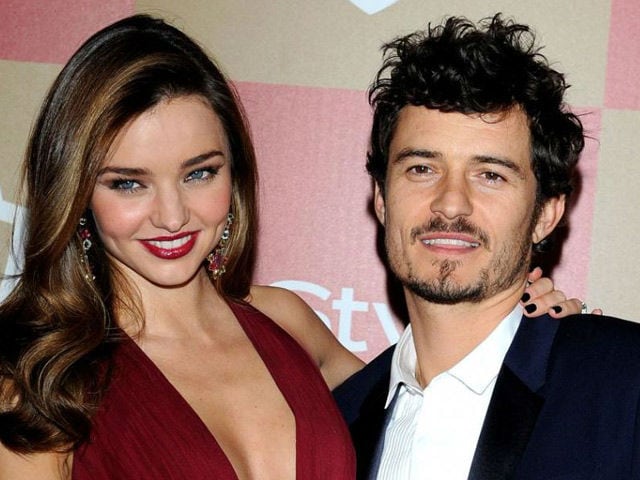 A file photo of Miranda Kerr and Orlando Bloom.

Los Angeles: Miranda Kerr has revealed that she went into depression following her break-up from Orlando Bloom in 2013. The Australian model, now engaged to Snapchat co-founder Evan Spiegel, raises a son with Orlando. They were married for three years.

"When Orlando and I separated, I actually went into a really bad depression. I never understood the depth of that feeling or the reality of that because I was naturally a very happy person," she told Elle Canada in an interview.

Miranda says she got through the bad phase by realising that "every thought you have affects your reality and only you have control of your mind."

The model says she has learnt to co-parent with Orlando and ensures that her son, 5-year-old Flynn Christopher Bloom, spends quality time with both the parents.

"The most important thing is that when he has his time with me, we have quality time together, and when he's with his dad, he has quality time with him," she said.

"And it works out really well because I book in my photo shoots for the time he's with his dad, and the rest of the time I just get to be a mom," she added.

Promoted
Listen to the latest songs, only on JioSaavn.com
Miranda, 33, says she has learnt to trust herself over the years. "What I have found is that everything you need, all of the answers are deep inside of you. Sit with yourself, take a few breaths and get close to your spirit."