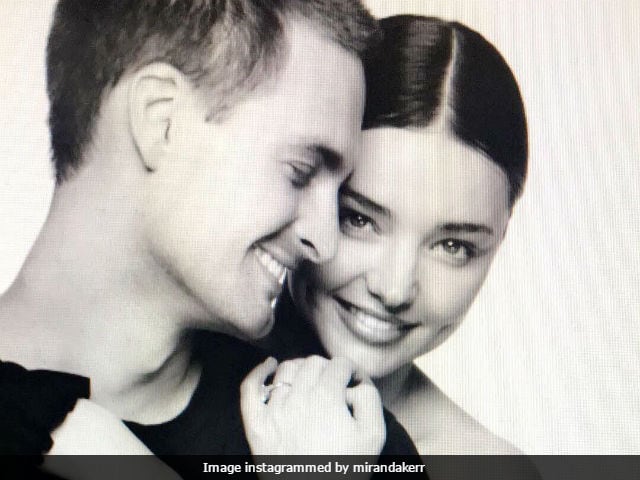 New Delhi: Supermodel Miranda Kerr got married to Snapchat CEO Evan Spiegel in a private ceremony on Saturday. The wedding celebration was held at Evan Spiegel's Los Angeles' home, a source told people.com. Around 40 guests attended the private ceremony and everyone was chauffeured to Evan Spiegel's house, reported people.com. "For a small wedding, it has been a huge production," people.com quoted a source as saying. "The wedding and reception are intimate, but lavish and classy. Miranda has been very involved. She has great taste and knew exactly what she wanted. She is very sweet. She is ecstatic to marry Evan," a source added.

Miranda Kerr and Evan Spiegel started dating in 2015. The couple announced their engagement on July 20, 2016. The announcement was made on Evan Spiegel's app. Miranda Kerr showed off her gorgeous diamond ring in a post decorated with Bitmoji caricatures of the couple.

Earlier, Miranda Kerr was married to English actor Orlando Bloom. The couple got divorced in 2013. They have a six-year-old son, Flynn.

Promoted
Listen to the latest songs, only on JioSaavn.com
In an earlier interview to Elle Canada, Miranda Kerr opened up about depression post her split with Orlando Bloom.

"When Orlando and I separated, I actually went into a really bad depression. I never understood the depth of that feeling or the reality of that because I was naturally a very happy person," the Australian model told Elle Canada in an interview. Miranda added that she got through the bad phase by realising that "every thought you have affects your reality and only you have control of your mind."