After an intimate family celebration, Shahid Kapoor hosted a birthday bash for his close friends. Mira Rajput wished him with a sweet note 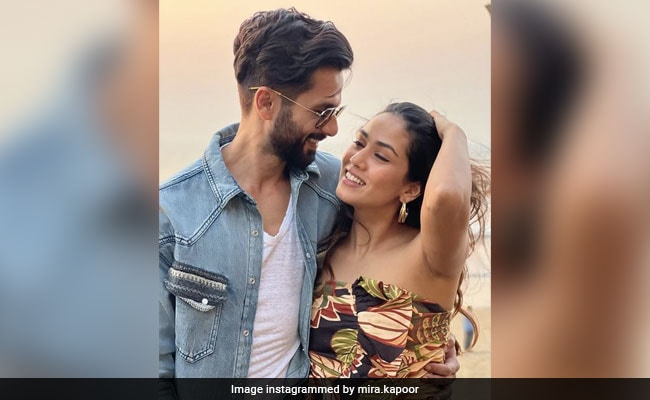 Shahid Kapoor and Mira Rajput are all about social media PDA. On Friday, Shahid turned a year older and Mira shared photos from his birthday bash and wrote a note that has sent the internet into a mush meltdown. Sharing the photos with a sunset in the background, Mira Rajput wrote, "To many more sunsets together," followed by a sun emoji. For the birthday party, Shahid Kapoor went for a casual look and wore a white t-shirt with a denim jacket and looked dapper. Mira looked stunning in an off-shoulder floral dress. Shahid's birthday party was attended by Ishaan Khatter, Ananya Panday, Kiara Advani, Sidharth Malhotra, and Kunal Rawal.

Mira Rajput had wished Shahid Kapoor on his birthday in the sweetest way. She had shared throwback photos of Shahid and had captioned them as "Happy Birthday life. May you get the best of everything because you are the best. Best dad, best friend, best husband, best sage. I love you. #mineforever #birthdaybumps."

Shahid Kapoor and Mira Rajput got married in 2015 and they are now parents to two kids.

On the work front, Shahid Kapoor will next be seen in Jersey, co-starring Mrunal Thakur. The film will now release in April and is a sports drama.