Just when we thought Milind and Ankita's Instagram PDA couldn't get any cuter, we chanced upon this picture 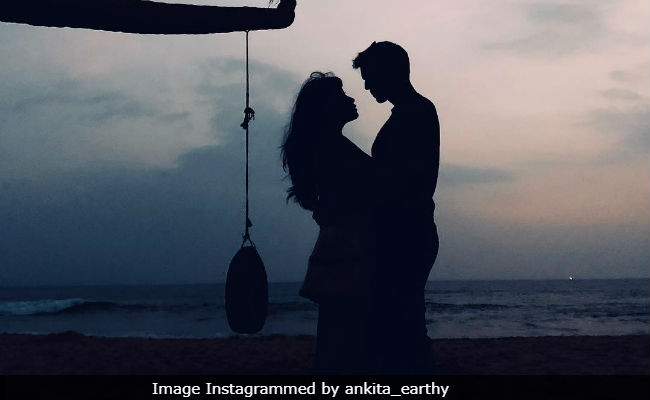 We just can't seem to get enough of Milind Soman and Ankita Konwar's social media PDA and Ankita's latest Instagram post explains why. On Thursday, Ankita treated her Instafam to another loved-up post featuring her husband Milind Soman. In the picture, we can only see the silhouettes of the couple. In the photograph, Ankita can be seen curled up in Milind's arms as the couple stands by the beach. Ankita couldn't have captioned the post in a better manner. She wrote: "There's no place I'd rather be." She accompanied the post along with hashtags like "blessed," "outdoors," "millennial way of life" and "beachy vibes." Needless to say, the comments section was replete with comments like "you both are always cute" and "stunning."

Milind and Ankita never fail to give us couple goals- Be it trekking to the highest point in Maharashtra or sharing goofy dance videos, or simply running marathons together. A few weeks back, Milind and Ankita gave their fans a glimpse of their small trek. In his post, Milind referred to Ankita as shrimati" and wrote: "A small trek to the highest point in Maharashtra yesterday with shrimati.

Milind Soman and Ankita Konwar are both marathon runners. The couple had a traditional Maharashtrian ceremony in April 2018. A few months after the wedding, the couple exchanged wedding vows in a dreamy "barefoot wedding" in Spain.

Milind Soman was earlier married to actress Mylene Jampanoi, whom he had met on the sets of the 2006 film Valley Of Flowers.

On the work front, Milind Soman was last seen as a judge in the fourth season of the television reality show India's Next Top Model. Milind Soman has featured in Bollywood films such as Chef and Bajirao Mastaani.