Mili to release in theaters on November 4 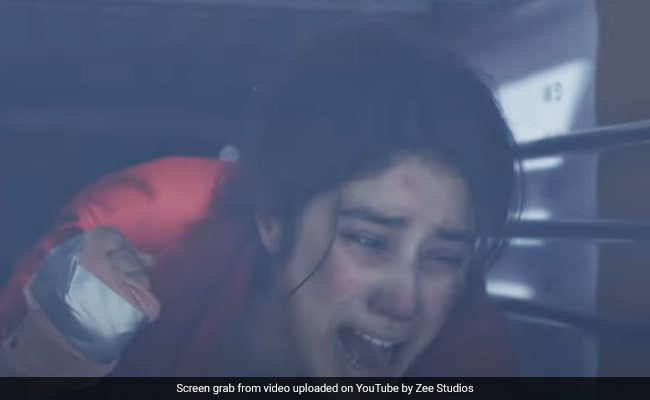 The makers of Janhvi Kapoor's Mililaunched the film's trailer today. The trailer, which is over-two-minutes long promises a chilling tale of survival. Based on true events, the film was originally made in Malayalam. The Hindi version of the trailer begins with Janhvi Kapoor being stuck in a freezer, a few frames later, the trailer shows us the back story of Mili, played by Janhvi Kapoor. Soon the video skips to the part where Janhvi Kapoor can be seen hugging her father in the film, Manoj Pahwa, while a dialogue by her runs in the background. It says, "My name is Mili Naudiyal, I live with my father." Soon, the frame shifts to Janhvi Kapoor catching her father smoking a cigarette secretly in the bathroom. Mili can be seen sharing a friendly bond with her father, who in the film is upset with her decision of going away from him to Canada.

A few more frames later, we can see Janhvi Kapoor riding on a bike with Sunny Kaushal. The trailer now shifts to the part where Mili can be seen working at a fast food chain, where her life changes after she gets stuck in the refrigerator of the place she works at. The rest of the trailer shows us Janhvi's struggle for survival, while her boyfriend and father are worried about her whereabouts. The trailer ends with a scene where Janhvi can be seen wrapped in plastic to survive the temperature of the freezer.

Check out the chilling trailer here:

Mili is the official Hindi remake of the 2019 Malayalam film Helen. The film, inspired by true events, is a survival thriller. Mili is backed by Janhvi Kapoor's father Boney Kapoor and is directed by filmmaker Mathukutty Xavier, who also directed the original film.

AR Rahman has given music to the film, while Javed Akhtar is the lyricist.

Mili is all set to hit the big screen on November 4.