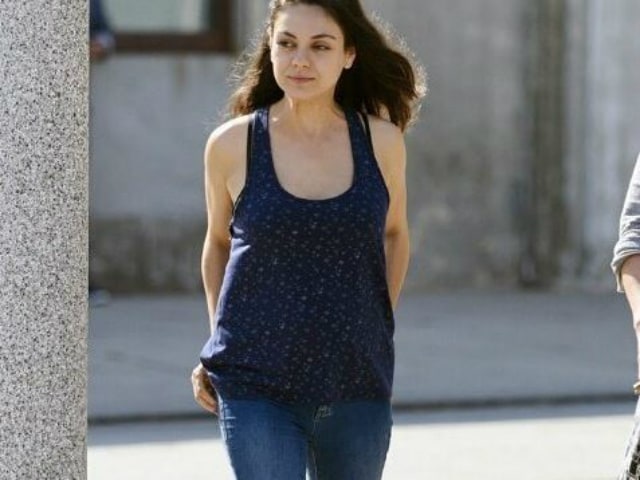 Los Angeles: Actress Mila Kunis was spotted with her baby bump for the first time since announcing her second pregnancy.

She was photographed while walking down the streets of Los Angeles after having lunch with some girl friends at Cafe Gratitude, reported Aceshowbiz.

Pictures of her outing have been doing the rounds on social media on Thursday:

The 32-year-old actress, who is expecting her second child with her actor husband Ashton Kutcher, kept it simple by wearing a blue tank top, rolled-up jeans and flip flops. She let her hair loose and even smiled for the paparazzi.