Priyanka and Deepika attended the Met Gala, the theme of which was "Heavenly Bodies: Fashion and the Catholic Imagination" 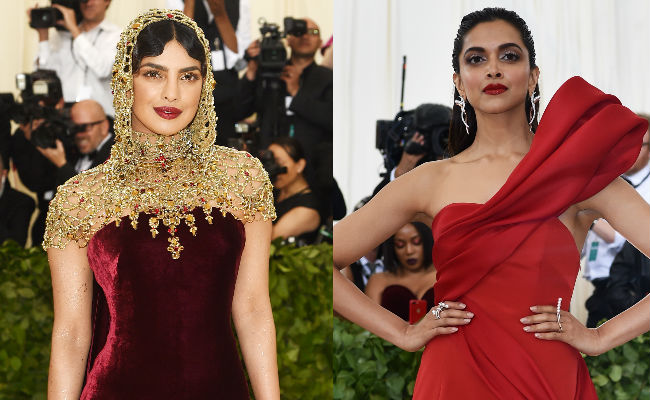 New Delhi: Priyanka Chopra and Deepika Padukone attended the 2018 Met Gala held in New York's Metropolitan Museum of Art on Monday evening and it seems that the Internet has picked a favourite. Fans-turned-fashion police gave Priyanka full points for staying true to the exhibit's theme - "Heavenly Bodies: Fashion and the Catholic Imagination" - while they booed Deepika Padukone for missing the point completely (much as she did last year). Priyanka, 35, walked the red carpet at in a Ralph Lauren velvet gown accessorised with a bejeweled hood while Deepika Padukone, 32, wore a red Prabal Gaurang gown with an extended thigh-high slit paired with diamond and pearl earrings and a matching ring. 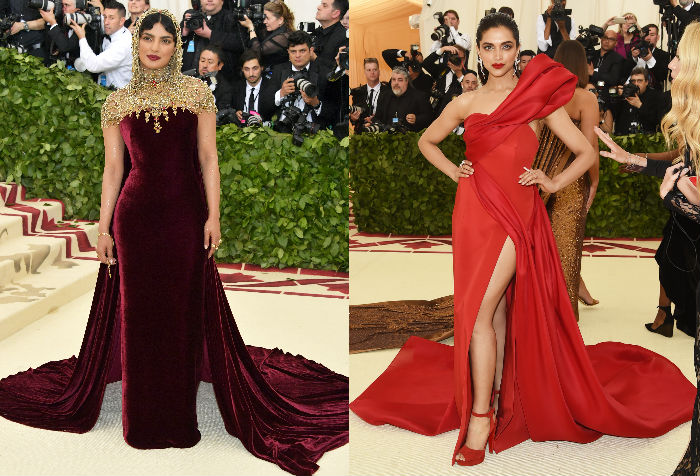 Plenty of tweets on Priyanka's fashion chutzpah were posted and a section of social media said that Priyanka and Ralph Lauren are "a match made in heaven. "Fans of the Baywatch star loved her latest International red carpet appearance and listed her among the best dressed celebs at the Met Gala 2018. Before the reactions, take a look at Priyanka Chopra on the red carpet. 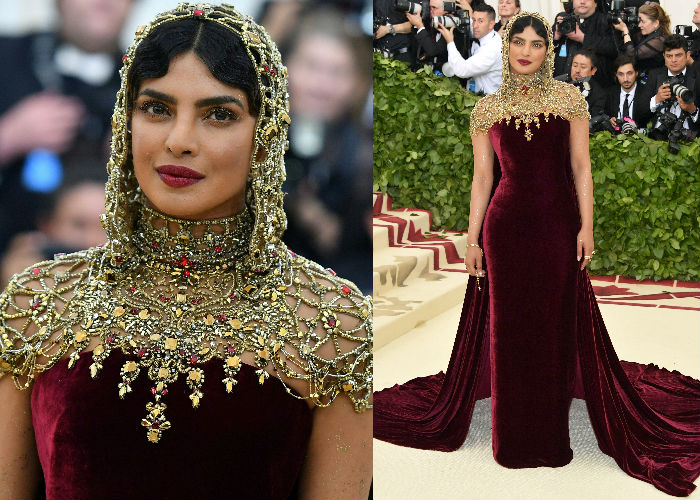 Here are all the compliments Priyanka scored with her walk on the Met Gala red carpet.

My lord and savior @priyankachopra showing you basics how to be holy #MetGalapic.twitter.com/CDkJb1Cs7O

Of course, with a look this unusual, not everyone was impressed. A section of the Internet was not exhilarated about Priyanka's "goddess-like" (as fans said) look.

Her poor date. Having to tell her how fabulous she looks.

Meanwhile, the Internet thought Deepika Padukone's stylist missed the memo about the Gala's theme. "...(the stylist) got the opportunity to dress Deepika Padukone for Met Gala and completely missed the theme... she looks amazing in this but really? Sigh," read one comment. One Instagram user said: "People disregard the theme every year." However, several fans defended the actress saying the dress code also included "Sunday Best," which was also opted by celebs such as Kim Kardashian and Amal Clooney. "The theme for dress was 'Sunday best.' Heavenly Bodies is the exhibit theme," clarified one Instagram user

how is ms. shaleena gonna have the opportunity to dress THE deepika padukone for #MetGala and completly miss the theme? ofc deepika's got a heavenly body and looks amazing in this but rlly??? sigh. i'm an idiot for having hope for this one hhhh pic.twitter.com/MLsGSJ85EW

Deepika Padukone is making a habit of ignoring the Met Gala theme. Last year, she showed up in pristine white Tommy Hilfiger with a diamante headband and while she looked like a million bucks - which she does this year too - Deepika caught some flak for not adhering to the 'avant-garde' theme. Priyanka Chopra did stick to the dress code. Here's a throwback of them: 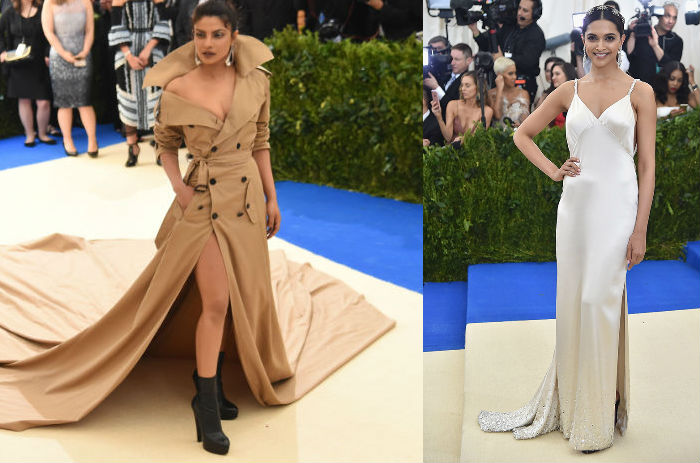 Promoted
Listen to the latest songs, only on JioSaavn.com
Priyanka Chopra is currently seen on television show Quantico and her next film is Bharat opposite Salman Khan. Deepika Padukone was last seen in "Padmaavat" and she hasn't announced her next project yet.