Mersal Teaser: Vijay Is A Magician You Don't Want To Mess With 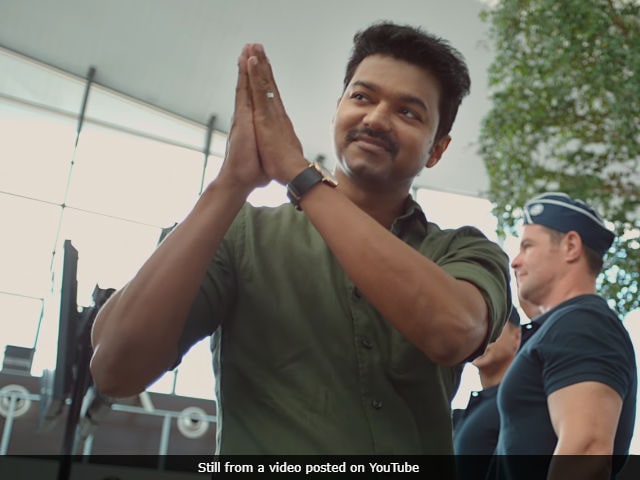 New Delhi: The entertainment fix of the day is not over just yet. The makers of superstar Vijay's Mersal dropped the first teaser of the film on Thursday evening, which started trending furiously and reached the top of Twitter trends list. In the film, Vijay plays the role of a magician, who has a rather fierce business to take care of. AR Rahman has composed the music for the Atlee Kumar-directed film. Rahman's composition for the film is terrific to say the least and with Vijay's powerful dialogues added to it, Mersal seems like a film you would not want to miss in a 100 years. The teaser of Mersal, which is a little over one minute gives a glimpse of rural India in its full glory and the best of International locations.

Watch the teaser of Mersal:


The first look of Mersal released in June and like the teaser today, it went crazy viral too. Take a look:

Promoted
Listen to the latest songs, only on JioSaavn.com
Mersal reunites Vijay with his former co-stars Kajal Aggarwal (in Jilla) and Samantha Ruth Prabhu (in Kaththi) and Nithya Menen. None of the three actresses feature in the film's first teaser. Mersal is Vijay's 61st film and second film with Atlee, who also directed Vijay in 2016's Tamil blockbuster Theri (co-starring Samantha). Nithya Menen replaced actress Jyothika in Mersal after she opted out due to date issues. The film also stars Kovai Sarala and SJ Suryah.

Mersal, produced by Sri Thenandal Studios, will be Vijay's second release of the year after Bairavaa, which hit the screens earlier this year.