"The boy is terrific on screen. He is a fabulous dancer like his father, emotes and fights well too," said Priyadarshan 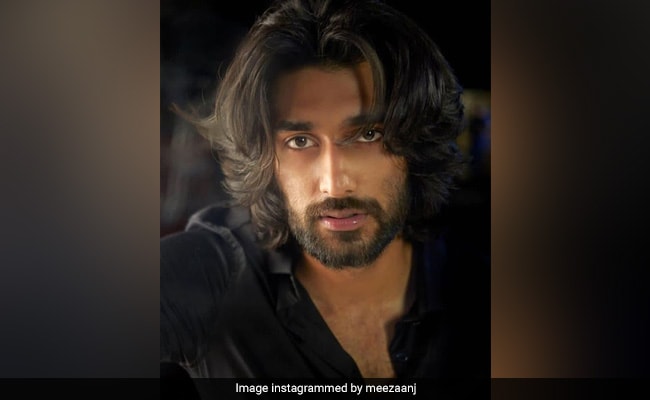 Meezaan Jaaferi will play the lead actor in the sequel to the 2003 film Hungama, confirms filmmaker Priyadarshan. In an interview with Bollywood Hungama, Priyadarshan, who also directed the original film, confirmed the actor's presence as the lead in the sequel and said: "Yes, we've found our male lead in Hungama 2 and it's Meezaan." He was all praise for Meezaan as he said: "The boy is terrific on screen. He is a fabulous dancer like his father, emotes and fights well too. There is nothing he can't do." The original film, which is a cult comedy, featured Akshaye Khanna, Aftab Shivdasani, Rimi Sen, Paresh Rawal and Shoma Anand in the lead roles.

Hungama is an adaptation of Priyadarshan's own Malayalam filmPoochakkoru Mookkuthi, which released in 1984. The Hindi film revolves around the story of Anjali (Rimi Sen), who shifts to Mumbai in search for a job. However, unable to find a decent place to live, she agrees to live with stranger Nandu (Aftab) as a fake married couple. Her life takes hilarious turns when her boss Jeetu (Akshaye) falls in love with her - assuming she is the daughter of millionaire businessman Radheshyam Tiwari - and tries to win her love back. The film also starred Rajpal Yadav, Shakti Kapoor, Neena Kulkarni, Manoj Joshi and Upasana Singh in pivotal roles.

While Priyadarshan has finalised the lead actor for Hungama 2, he is yet to announce the name of the female lead for the film.

On the work front, Meezaan Jaaferi, son of actor Javed Jaaferi, made his debut in Bollywood with Sanjay Leela Bhansali's Malaal earlier this year.