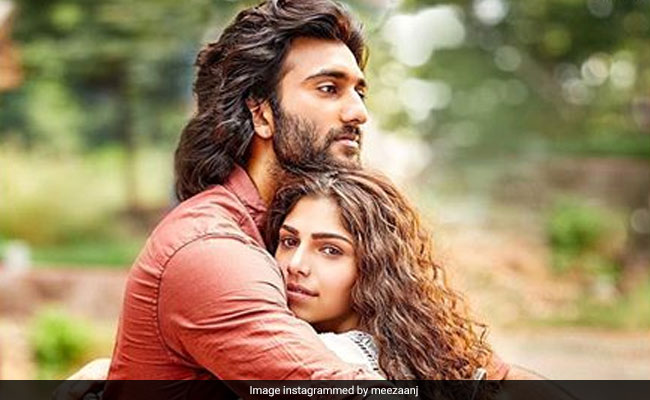 A languorous romantic drama about the first flush of love, the kind that neither parental obstruction nor death can thwart, Mangesh Hadawale's Malaal is an adaptation of Selvaraghavan's 2004 Tamil original 7G Rainbow Colony, a film that has seen three previous iterations (in Bengali, Odia and Kannada). Is the fourth one too many? Not quite. Malaal isn't a complete waste although the film delivers far less than it promises, frittering away early, weighty dramatic flashpoints.

Malaal, co-produced by Sanjay Leela Bhansali, is the launch vehicle of two Mumbai industry kids, actor Jaaved Jaaferi's son Meezaan and film editor Bela Segal's daughter Sharmin Segal. In the initial stretches that deal with the hero's anger management problem (a la Kabir Singh; our man here assaults a cricket umpire) and awkwardly touches upon the son of the soil versus outsiders theme, the pair looks a tad out of sorts (as does the film itself) under the pressure of having to deliver a mix of intensity, lightheartedness and social commentary.

Even though neither the initial hostility between the would-be lovers nor the passion that they have each other translates into sequences of true power, the young actors grow on you as the narrative unfolds at a deliberate pace. It allows the ambience and the environs of a cramped Mumbai chawl to seep in and imbue the plot.

The inputs of the cinematographer (Ragul Dharuman) and the production designer (Akriti Piplani) deserve mention. The latter carves out believable spaces; the former lights and lenses them in a manner that lends them both immediacy and depth of view. Sadly, Malaal does not live up fully to the expectations that the physical setting and its initial thematic exertions create.

The two young leads, on their part, do enough not to be dismissed as just two more beneficiaries of a nepotistic movie industry. While Meezaan has considerable screen presence, Sharmin exudes a girl-next-door appeal that measures up to the demands of the character. The progress of their careers might be worth keeping an eye on. 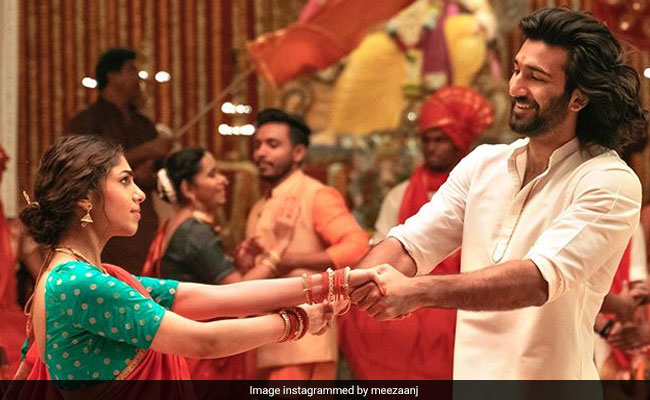 Malaal is a period film set in 1998 Mumbai - a fact established by bus stop posters announcing the release of movies like Titanic and Hum Dil De Chuke Sanam although not all the cars that we see on the screen are strictly of makes from 20 years ago. It opens with the scrappy final match of an inter-chawl cricket tournament. The game ends in chaos and violence. The man responsible for the ruckus is 22-year-old wastrel Shiva More (Meezaan). The blame for his waywardness is conveniently put on an abusive father.

The family of Aastha Tripathi (Sharmin Segal), headed by a once-prosperous man who has fallen on hard days, moves into the Ambewadi chawl. At the behest of a militantly nativist political party, Shiva resolves to uproot the north Indian intruders. But love blooms between the girl, an aspiring chartered accountant, and the grumpy boy - the process reveals the guy's exceptional head for numbers (an early indication that he will end up on Dalal Street) and the Mumbai-born lady's astounding Marathi-speaking skills. Shiva's mantra quickly changes from "out with the outsiders" to "hum sab Indian hai". The wonders of love!

Aastha, who is engaged to a foreign-returned moneybag who never tires of making a fool of himself, does not stop there. She proceeds to alter Shiva's fortunes in deeper and more lasting ways. An angry young man prone to flying off the handle at the slightest provocation is steadily tamed as the girl's benign influence shows Shiva the virtues of taking control of one's life. Amid it all, the two families - the Tripathis own a fridge, the Mores don't - develop a bond over poha and litti.

There are points in the film that are a touch irksome. In one scene, Shiva tells his buddies: "Woh meri hai, mujhe look deti hai". Smacks of Kabir Singh-style entitlement. In another, he says of the girl that he is besotted with: "Hai na panner maafik gori (Isn't she as fair as paneer)?" It reeks of a thinking process that is antediluvian given the times we live in. Mercifully, Malaal does not go too far down that slope. 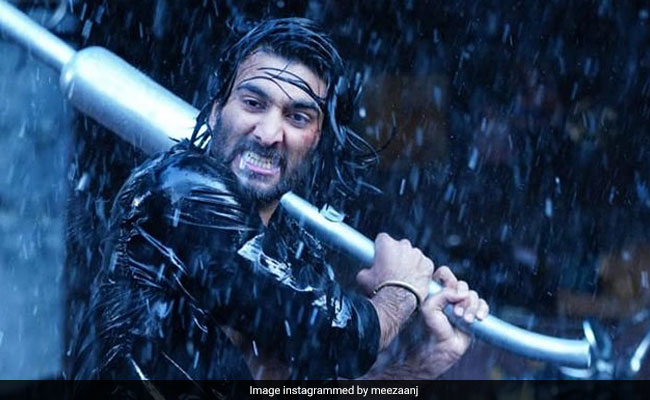 Aastha is a girl who has a mind of her own. She has the strength to put her foot down whenever she needs to. She doesn't change; instead she changes the boy who needs somebody to steady his ship. Caught between filial duty and love, she isn't given to impulsive, desperate, self-serving moves, which makes her a heroine with a marked difference.

The male protagonist, too, is a rebel who pulls his punches when he sees value in restraint. Yes, in a scene that marks the film's halfway point, Shiva does rain fierce blows on a quartet of goons in a bus-stop brawl in the midst of pouring rain - the lingo of the bad guys gives away their Uttar Pradesh/Bihar origins. But by this point, he isn't fighting the outsiders anymore, but anybody who threatens to come between him and the Tripathi girl who is now much more than just a neighbour.

Malaal is a regrettably chaste love story in which even holding hands, let alone a liplock, is a life-altering decision. The girl not only keeps count of the number of shirts and vests the hero owns but also knows every hole and ink stain on them inside out. But see, nothing below the belt! Main waisi ladki nahi hoon, she declares. Her rebellion is tempered with caution.

The dialogues, penned by director Hadawale himself, occasionally sink into corniness. In one scene, after Shiva's mother figures out that he is in love with Aastha, she says to her son: Sharir ke zakhm dikhte hai dil ke nahi (Wound on the body wounds can be seen, not those in the heart). It's a line that is too laboured and predictable to make any sort of impact.

Apart from the musical interludes aimed at capturing the film's Marathi ethos - it includes a robust love song that goes Aai shapat tuzya var prem karto meri jaana and seamlessly synthesizes Marathi, Hindi and Urdu - the film's diegetic playlist (wafting in from dance bars, radios and tape recorders) is embellished with Bollywood film songs from the late 1980s and the 1990s. The retro soundscape breathes life into the film when it tends to slip into somnolence.

Malaal would have left as with no regrets whatever if only it had the courage to go all out to stress upon the power of love to surmount divisive forces at play in Mumbai and elsewhere. It abandons that topical concern and settles for a construct that drifts towards a tame, sanitized finish.