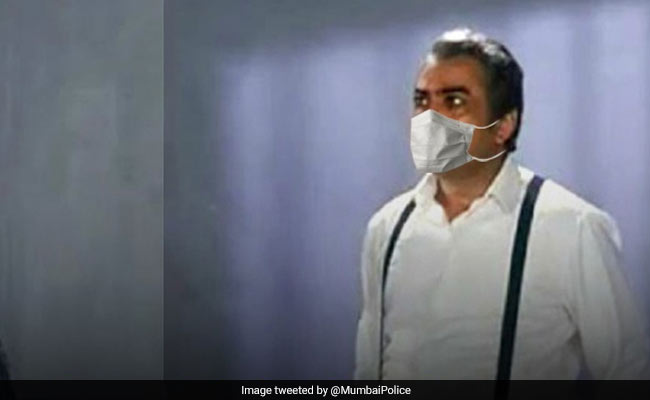 A quick glance through the official Twitter handle of Mumbai Police will introduce you the humour-infused posts shared by them, which often have Bollywood and popular TV show references. On Tuesday, Mumbai Police shared a still from the popular 1994 filmAndaz Apna Apna. The tweet shared by Mumbai Police features one of the most comical antagonists ever- Teja (played by Paresh Rawal). The still was from the scene when twins Shyam Gopal Bajaj aka Teja and Ram Gopal are together in the prison and Amar and Prem (Aamir Khan and Salman Khan), in the pursuit of rescuing Ram Gopal, end up unlocking Shyam Gopal.

Mumbai Police picked Teja's most popular dialogue "Teja main hoon, mark idhar hai" and altered it to suit the current times. The caption on the meme read: "Teja main hoon, mask idhar hai," along with a picture of Paresh Rawal wearing a Photoshopped mask and a tagline "Smart Boy!" The tweet was accompanied with the hashtags #MaskApnaApna, #WearAMask, #MaskProtects and #MaskIsAMust.

This is not the first time that Andaz Apna Apna has been used for a PSA. Last year, when the film clocked 25 years, Maharashtra Police used the "Kachcha khiladi lagta hai" dialogue to spread a message one simple message - "Don't drive triple-seat." ICYMI, this is the post we are referring to:

Andaz Apna Apna opened in theaters in 1994 and it did not fare well at the box office. However, it attained cult status over the years. The film resonates with today's generation courtesy it's hilarious one-liners, peppy songs and an impressive star cast.