Masaba was criticised for her parentage after she tweeted about an unrelated topic. "Like every other issue in this country, big or small, trolling and bashing began" 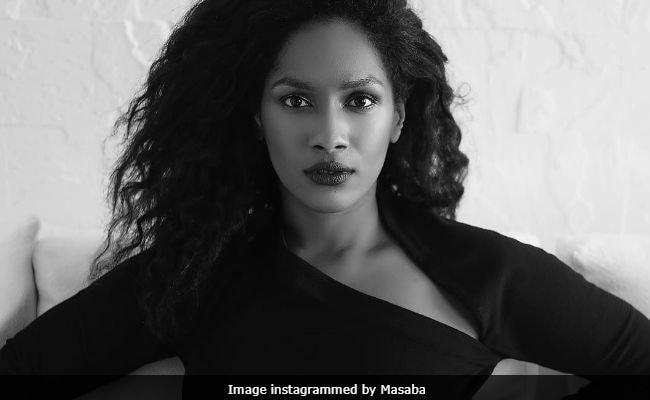 New Delhi: Dear Internet Trolls, you do not mess with designer Masaba Mantena. Masaba, daughter of actress Neena Gupta and cricketer Viv Richards, was trolled for her 'illegitimate' parentage on Twitter after she hailed Supreme Court's decision to ban firecrackers in New Delhi. "Like every other issue in this country, big or small, trolling and bashing began," Masaba said in a statement she put out on social media platforms, Twitter and Instagram, on Thursday. But cyber bullying is something Masaba can deal with like a boss. "By calling me names like 'bastard child' or illegitimate west Indian' it only makes my chest swell in pride. I'm an illegitimate product of two most legitimate personalities you will find," Masaba said.

Neena Gupta dated Viv Richards in the Eighties but they were never married. Neena Gupta is married to Vivek Mehra. "I have been called these names since I was 10-years-old and ever since I could read the newspapers these are two words I am immune to," Masaba said. She added that her 'legitimacy' comes from the work she does and her contribution to the society, for which she says she cannot be questioned. "Go ahead and continue calling me these names if it makes you feel glorious. But know this... I'm a proud Indo-Caribbean girl who does not know how to shrink and crumble in the shame of something you and your society cannot crumble. It's just in my 'illegitimate genes'."

For them 'bastard kids'.

Promoted
Listen to the latest songs, only on JioSaavn.com
Celebs like Sonam Kapoor, Huma Qureshi and Harsha Bhogle shared Masaba's post with words of encouragement. "You make us all damn proud," wrote Sonam.

Love you Masaba.. you make us all damn proud https://t.co/aIrHc73au2

Love you Masaba!! Proud of you girl https://t.co/OuDG21MSmQ

These trolls are sad people, Masaba. By ignoring them you take away the only power they have

well said Masaba. You show them!

Ur a class act Masaba
There's enough and more people who root for u
Big hug https://t.co/sQ8j6SjAy9

Masaba is an acclaimed fashion designer and the owner of designer label House Of Masaba. She has dressed celebs like Sonam Kapoor, Anushka Sharma, Alia Bhatt and Kriti Sanon for fashion shows and several film promotion events. Masaba is married to producer Madhu Mantena of Phantom Films.