"Mar(i)lyn And Me:" Ayushmann Khurrana And Tahira Kashyap Send Postcard From The Maldives

From Ayushmann and Tahira's Maldives diaries 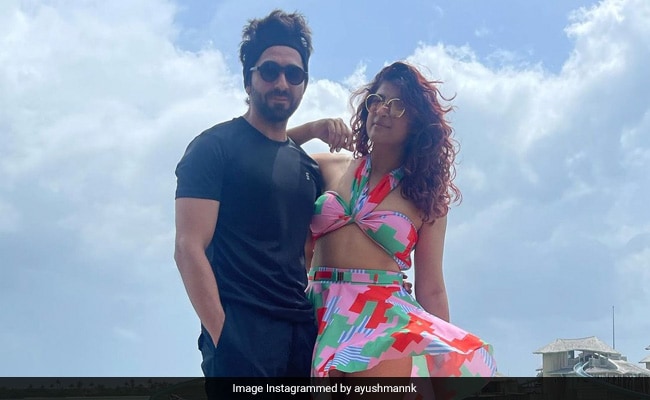 Ayushmann Khurrana and Tahira Kashyap are currently holidaying in Maldives along with their kids and they have been sharing pictures from their vacation on Instagram. On Wednesday, the National Award winning actor posted a picture-perfect frame, in which he can be seen happily posing with wife and filmmaker-author Tahira Kashyap. Tahira Kashyap had a little Marilyn Monroe flying skirt moment, which explains Ayushmann's caption. He captioned the post: "Marlyn and me." Pragya Kapoor commented on the post: "Most beautiful couple." Another comment read, "Couple Goals."

This is what Ayushmann Khurrana posted:

Here are some more posts from their Maldives diaries:

Tahira Kashyap has written four books. Her latest book is called The 12 Commandments Of Being A Woman. Tahira wrote her first book I Promise in 2011, followed by her next novel Souled Out She also co-authored husband Ayushmann Khurrana's biography Cracking The Code: My Journey In Bollywood She has also has directed short films like Pinni and Toffee. She also directed a segment in Netflix's Feels Like Ishq. She is also directing a film called Sharma Ji Ki Beti.