Manto: Nawazuddin Siddiqui And Nandita Das In A Pic From The Film's Sets 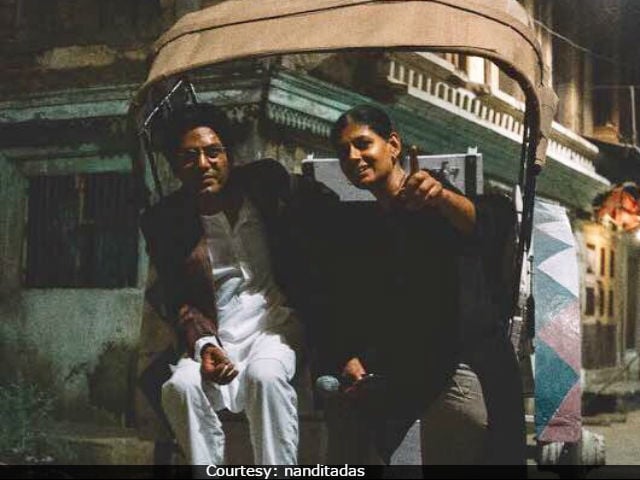 Nawazuddin Siddiqui And Nandita Das on the sets of Maanto (Courtesy: nanditadas )

New Delhi: Actress-director Nandita Das, who is currently busy directing Manto, shared a picture of herself with actor Nawazuddin Siddiqui from the sets of the film. "Despite all the challenges a film is emerging. Feels like I'm going back in time with Manto," she captioned the post. The biopic stars Nawazuddin Siddiqui as the celebrated writer, Saadat Hasan Manto. The film went on floors earlier in March. "It's a very big project for me. It's a period film, we will recreate 1940s here," Nandita earlier told news agency PTI. She also said that many other prominent actors apart from Nawazuddin will be a part of Manto.

Despite all the challenges a film is emerging @Nawazuddin_S@mantofilm -feels like I'm going back in time with Manto pic.twitter.com/4QmWffoQIe

Few days ago, the first look of the film was unveiled on Facebook. Manto is Nandita's second film as a director. She earlier directed Firaaq which was premiered at the Toronto Film Festival in 2008.


Actor Chandan Roy Sanyal, who was seen in films like Kaminey and D-Day, is also a part of the film. "Nawazuddin is the lead but we have a lot of prominent names supporting the film, I am very fortunate. They are ready to do even small roles, all of the names will be out soon. I hope you'll watch the film," Nandita told PTI.

Earlier in February, Nawazuddin, who was last seen in Shah Rukh Khan's Raees, shared his look from the film.

Promoted
Listen to the latest songs, only on JioSaavn.com
Nandita Das is best known for her performance in films like Fire, 1947 Earth, Bawandar, Azhagi and Before the Rains.