The first looks of Abhishek Bachchan, Taapsee Pannu and Vicky Kaushal from Manmarziyaan were unveiled recently 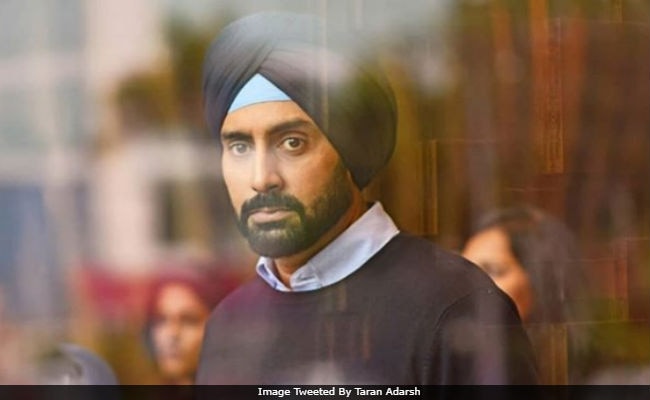 New Delhi: The first looks of actors Abhishek Bachchan, Taapsee Pannu and Vicky Kaushal from their upcoming film Manmarziyaan were shared by trade analyst Taran Adarsh on social media. Team Manmarziyaan is currently shooting in Punjab. In the pictures, Abhishek Bachchan sports a turban while his co-stars Taapsee and Vicky can be seen having fun on the streets. "Abhishek Bachchan, Taapsee Pannu and Vicky Kaushal. Glimpses from their forthcoming film Manmarziyaan, an intense love story. Anurag Kashyap directs," Taran Adarsh wrote. Manmarziyaan is Abhishek's first film in two years. He was last seen in 2016's Housefull 3. Manmarziyaan is directed by Anurag Kashyap and the film went on floors earlier this month. Taapsee also shared the pictures and wrote in Hindi, "Apne mann ka nahi kiya toh kya kiya?"

Ahead of the shooting, Abhishek posted this.

Of Manmarziyaan, producer Aanand L Rai earlier told news agency IANS, "We are excited about the film. It's a complex yet beautiful love story with relatable human emotions. I am happy that we have the perfect cast for this film."

Abhishek Bachchan has posted several pictures from the shooting location and the recent one features director Anurag Kashyap.

When the director decides to test your leg strength! Repost from @anuragkashyap10 @TopRankRepost #TopRankRepost This is what you do when the actor takes your seat and has no consideration for your age and seniority @taapsee .Photo by @khamkhaphotoartist #Manmarziyaan #Amritsar

Promoted
Listen to the latest songs, only on JioSaavn.com
Earlier in January, Taapsee posted a confirmation about the film's entire cast and tweeted, "Another beautiful journey is about to begin. I clearly look the most excited!"