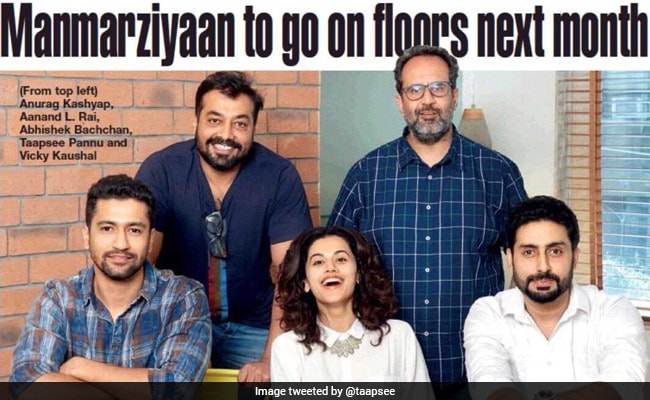 Earlier, Talking about his wishes involving the cast of Manmarziyaan, the winner of France's Ordre des Arts et des Lettres, Anurag Kashyap told news agency IANS: "There are many things that goes through our mind and heart but often things don't happen as per our wish. I also thought that Bombay Velvet (featuring Karan Johar, Anushka Sharma and Ranbir Kapoor) will be successful," he added.

Of Manmarziyaan, Aanand L Rai said, "We are excited about the film. It's a complex yet beautiful love story with relatable human emotions. I am happy that we have the perfect cast for this film."

Promoted
Listen to the latest songs, only on JioSaavn.com
Anurag Kashyap is known for super hit films like Black Friday, Dev. D and Gulaal while Aanand L Rai has given blockbusters such as the Tanu Weds Manu series and Raanjhanaa. He will also produce Happy Bhag Jayegi Returns.

Abhishek Bachchan was last seen in Housefull 3 while Taapsee Pannu has Mulq, Soorma and Dil Juunglee in the pipeline.