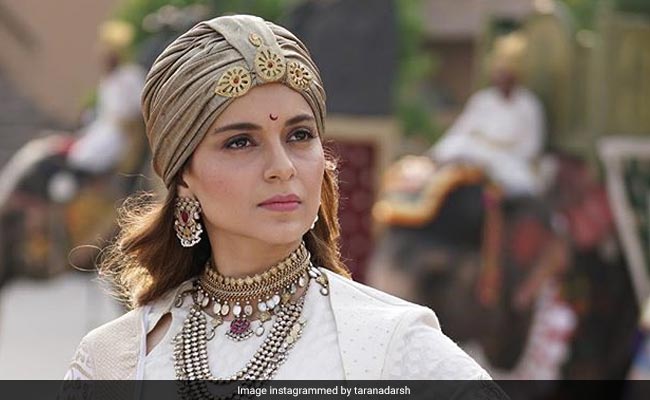 Kangana Ranaut in a still from Manikarnika (Image courtesy taranadarsh )

Manikarnika: The Queen Of Jhansi clashed with Nawauddin Siddiqui's Thackeray at the box office. Thackeray, which is a biopic on politician Bal Thackeray, has collected Rs 4.50 crore on the second day. Directed by Abhijit Panse, the film released in Hindi and Marathi. "The Marathi version of the film is very strong and will probably turn out to be one of the bigger Marathi films outside their historic blockbuster Sairat," a Box Office India report stated.

Kangana Ranaut's Manikarnika opened to mixed reviews at the box office. In his review for NDTV film critic Saibal Chatterjee gave the film 1 star out of 5. "Kangana settles into a predictable pattern. She smiles through many of the most difficult situations that the rani faces, sports a smirk when she has to exude insouciance, goes all wide-eyed and holds an unblinking gaze when the idea is to convey obduracy, and raises her voice several notches to represent unbridled rage. All through the film, Kangana flits from one of the above moods to another, but the film never sheds its monotony," he wrote.