Mandana Karimi Shares Pictures From Her Beach Vacation In Goa 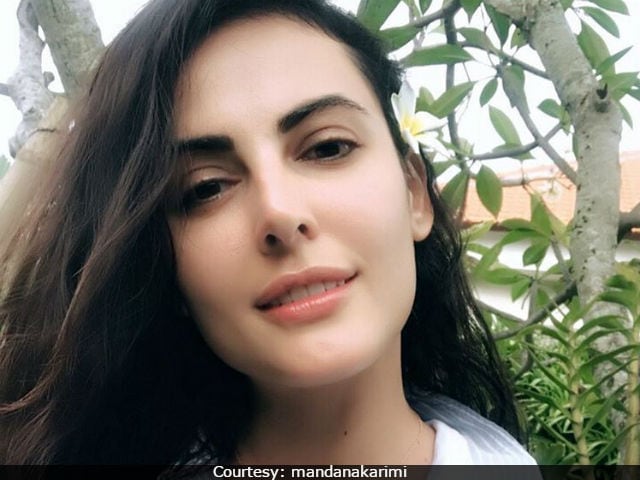 New Delhi: Actress and former Bigg Boss contestant Mandana Karimi, who got married to businessman Gaurav Gupta on March 5, is currently chilling in Goa with her husband and friends. The 28-year-old actress posted her vacation pictures on Instagram, which prove that Mandana is having the time of her life. The Iranian actress had married Gaurav in a court marriage on January 25. Later, the couple married each other as per Hindu rituals. The event was followed by a star-studded wedding reception, which was attended by Ekta Kapoor, actor Harman Bajwa, Bani J, Gauahar Khan and others. Her sangeet ceremony was attended by Shahid Kapoor and Mira Rajput.

Check out Mandana's pictures from her beach vacation:

Today I will do ABSOLUTELY nothing but to be JUST happy

Another day another blessing #nofilterneeded #goa

Today I choose to live with gratitude for the love that fills my heart,the peace that rests within my spirit,and the voice of hope that says..All things are possible. Thank you Goa for being such a wonderful host #nofilterneeded

On her wedding day, Mandana wore a red-golden lehenga and Gaurav complemented his bride in a white sherwani. Presenting Mr and Mrs Gupta:

Many people have asked who I was wearing for #mangoesgupta here it is @rohitbalance for our wedding ceremony, @gauravguptaofficial for the reception and Asal by @abujanisandeepkhosla

Promoted
Listen to the latest songs, only on JioSaavn.com
Soon after having a court marriage, Mandana Karimi had changed her name to Mandana Gupta. She made the wedding announcement via social media and wrote: "Had a surreal court marriage today in the presence of family. Waiting to celebrate it with our friends for it to turn real-Mandana 'gupta' (sic)."

Had a surreal court marriage today in the presence of family. Waiting to celebrate it with our friends for it to turn real-Mandana 'gupta'

Madana Karimi featured in Big Boss Season 9. She got engaged to Gaurav Gupta in July last year after a courtship of almost two years. She debuted in Bollywood with 2015 film Bhaag Johnny. She was one of the leading ladies in Tusshar Kapoor and Riteish Deshmukh's Kyaa Kool Hain Hum 3. The actress had a guest appearance in Ranbir Kapoor's Roy and Randeep Hooda's Main Aur Charles.