Terry Sanderson is seeking an excess of $3.1 million in damages after he sustained "serious brain injuries" and four broken ribs in February 2016 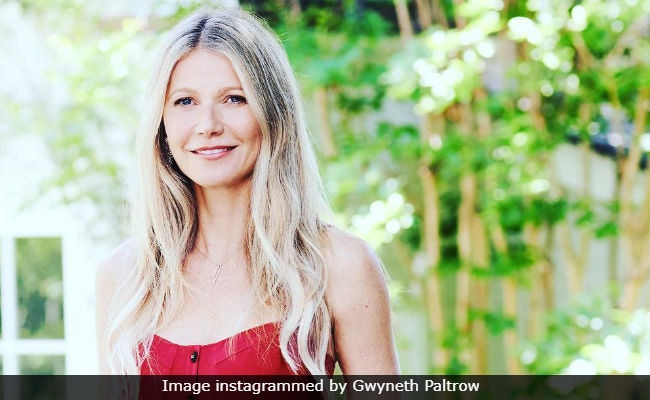 Terry Sanderson remembers February 26, 2016, was a "beautiful day." The sun was out, and he and a group of fellow skiers had plans to hit the slopes at Deer Valley Ski Resort in Park City, Utah. Despite having skied for more than 30 years, it was Sanderson's first time at the renowned resort.

But what was supposed to be a fun day spent exploring new trails ended abruptly when Sanderson found himself carted down a beginner run by ski patrol, suffering from "serious brain injuries" and four broken ribs, which he now alleges were caused by Oscar-winning actress Gwyneth Paltrow.

The 72-year-old retired optometrist claims that Paltrow, 46, was "skiing out of control" when she hit him from behind, "knocking him down hard, knocking him out," according to a copy of the lawsuit obtained by KUTV. Instead of staying to help, "Paltrow got up, turned and skied away, leaving Sanderson stunned, lying in the snow, seriously injured," the lawsuit said, describing the incident as a "hit-and-run ski crash." The lawsuit, filed Tuesday in Utah state court, also alleges that Eric Christiansen, a Deer Valley ski instructor who was with Paltrow at the time, not only failed to call for help, but "falsely" accused Sanderson of having caused the crash. Sanderson is suing Paltrow, Christiansen and the resort for "negligent actions," seeking an excess of $3.1 million in damages.

A spokesperson for Paltrow told The Washington Post in an emailed statement that the lawsuit "is completely without merit," adding, "Anyone who reads the facts will realize that."

Deer Valley did not respond to a request for comment late Tuesday.

It all began with a scream, Sanderson said during a news conference Tuesday.

The group, Sanderson recalled, had been making their way down "Bandana," a beginner's slope, and he was toward the tail end of the pack. Seeing large signs telling skiers to slow down that were as "big as two refrigerators," Sanderson said he decreased his speed appropriately and was "just enjoying the day."

"Then, I heard this hysterical scream like you never hear on a ski run," he said. "Never have I heard it in my life ... like King Kong came out of the jungle or something."

In an instant, Sanderson said he felt something hit him in the back near his shoulder blades. The force of the impact knocked him face first into the slope. Robert B. Sykes, one of Sanderson's attorneys, alleges this was Paltrow, who had been coming down the mountain behind Sanderson at "a very good rate of speed," accompanied by a group of people that included ski instructors and the actress' family and friends.

"All I could think about was there was this lady that was kind of beside me and I thought, 'Don't get her tangled up in this because she may not be able to handle it either as a beginner,'" said Sanderson, who is 5 foot 8 and weighs about 160 pounds. "I remember trying to lurch to my right, and I couldn't control it. I didn't realize there was weight on my back. I just remember my arms not being able to control myself and then going down, and that's all I remember to that point."

When he regained consciousness, Sanderson said his goggles and helmet were filled with snow, and all he felt was soreness.

"My ribs were really sore, and my brain felt like I'd been injected with Novocain," he said. "It was just numb, nothing was making sense."

Craig Ramon, one of the people who had been skiing with Sanderson, witnessed the crash and filled in the blanks. In a taped interview conducted by one of Sanderson's lawyers that was played at the news conference, Ramon said he too had heard "a yell ... or a noise," before seeing Paltrow hit Sanderson.

"They looked like one person basically going down," he said, stacking his hands on top of one another to illustrate the collision. "She lands right on top of him and then she slides off to the side."

As Sanderson lay motionless, Ramon said an instructor, whom he called a "mountain host," arrived and "started yelling at Terry, 'What did you do?'" Paltrow, Ramon said, was struggling to get up and did not respond to him repeatedly asking her if she was okay. After getting to her feet, Paltrow started skiing away and the rest of her group followed, Ramon said. The instructor helped Sanderson up before also leaving the pair behind to go after Paltrow, he said.

"You could tell he was in pain, and he wasn't really moving too well," Ramon said about Sanderson. "He just seemed dazed."

Sanderson said he was slow to remember his name after the crash and could not recall where he was skiing. When he tried to ski down the hill, he said Ramon stopped him, saying, "'You've forgotten how to ski, you have no idea what you're doing, so I'm going to find help.'"

Beyond the broken ribs, the lawsuit said Sanderson had suffered a "closed brain injury," which Sykes likened to "shaken baby syndrome." Long-term effects of the injury include loss of short-term memory, personality changes and problems with direction, Sykes said.

Sykes and Sanderson's other attorney, Lawrence D. Buhler, said Paltrow violated the National Ski Area Association's Responsibility Code, which instructs skiers to "always stay in control, and be able to stop or avoid other people or objects." It also dictates, "People ahead of you have the right of way. It is your responsibility to avoid them."

They also alleged that the actress and her group did not comply with a Summit County, Utah, ordinance that bans skiing "in a reckless or negligent manner." The ordinance states that any skier "involved in a collision that results in an injury" has to offer help, notify ski area employees, and provide their name and address before leaving.

Sykes called the ordinance "a very, very important rule for skiers," adding, "it even applies to celebrities, believe it or not."

"If you have a collision, doesn't matter whose fault it is ... it's your duty to hang around and render aid, even if you didn't cause it," he said. "What Ms. Paltrow did that day was knock down Terry Sanderson, pick herself up, dust herself off and ski off, without rendering any help."

Lawyers representing Paltrow "don't deny the collision," but they argue that "Gwyneth Paltrow was downhill and Terry Sanderson hit" her, Sykes said. Paltrow's spokesperson confirmed this position to The Post.

On social media, many were critical of Sanderson and accused him of only suing Paltrow because of her fame and wealth, which he and his lawyers denied.

"I'm a proud person and I don't like to be told I'm not telling the truth," Sanderson said. "And that she now is telling my truth ... that's offensive to me."