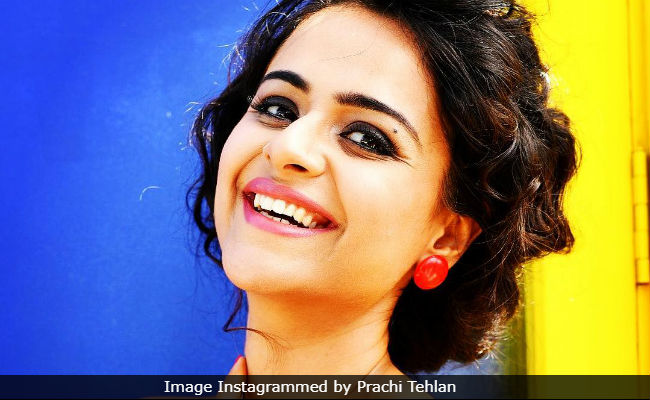 New Delhi: Television actress Prachi Tehlan is all set to share screen space with Malayalam actor Mammootty in a period film, titled Mamankam. Directed by Sajeev Pillai, the film will revolve around Mamankan, a 17th century medieval fair, which was celebrated every 12 years, from 800 AD to 1755 AD. The Diya Aur Baati Hum actress confirmed in a statement and said: "Yes, I am doing a film with Mammootty sir. It's the biggest Malayalam film ever being made. The shoot has started. I can't reveal much about the film but it's a wonderful experience to be a part of such a big project and my first in south," reports news agency IANS.

Prachi became a household name after starring in television drama Diya Aur Baati Hum. She is currently seen in the television show Ikkyawann. She has worked in Punjabi films such as Arjan, opposite Roshan Prince and Bailaras. Prachi is also a national level basketball and netball player. She was also the former captain of the Indian netball team and was the brand ambassador of Netball Development Trust- India from 2011 to 2017.

Promoted
Listen to the latest songs, only on JioSaavn.com
Mammootty is a Malayalam superstar who has delivered hits such as Bilal, Big B and Uncle among others. The National Award-winning actor was last seen in the crime thriller Streetlights, which released in January this year. The 66-year-old actor will be seen playing the role of a cop in his next film Abrahaminte Sathathikal.