Malang Box Office: The cast of Malang is headlined by Aditya Roy Kapur, who co-stars with Disha Patani, Anil Kapoor and Kunal Kemmu. 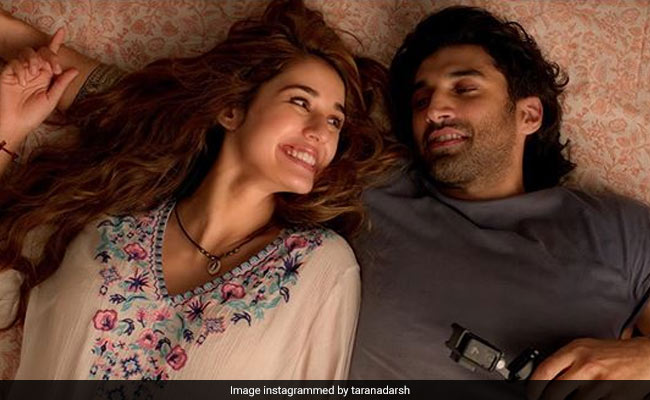 Malang Box Office: A still from the film (courtesy taranadarsh)

The Mohit Suri-directed crime thriller Malang has raked in a total of Rs 29.40 crore in four days, said trade analyst Taran Adarsh. Malang fetched a "respectable" collection on Monday, said Mr Adarsh and added that the film must remain consistent with its numbers through the week for a handsome first week collection. Malang made over Rs 18 crore during the weekend and recorded Rs 4 crore on Monday. "Malang posts respectable numbers on Day 4... Metros/multiplexes contribute to its earnings... Needs to maintain the trend on remaining weekdays for a decent Week 1 total... Fri 6.71 cr, Sat 8.89 cr, Sun 9.76 cr, Mon 4.04 cr. Total: Rs 29.40 cr. India biz," Taran Adarsh wrote in a post on Tuesday.

The cast of Malang is headlined by Aditya Roy Kapur, who co-stars with Disha Patani, Anil Kapoor and Kunal Kemmu in the film. Malang opened to mixed reviews on Friday, when it clashed with the Vidhu Vinod Chopra-directed film Shikara.

In his review of Malang for NDTV, film critic Saibal Chatterjee wrote: "The lead actors - Aditya Roy Kapur and Disha Patani - cannot be faulted because they give it all they have, which, unfortunately, isn't all that much considering the holes they have to plug. A guy with a ripped body and a girl who sizzles cannot prevent Malang from fizzling out and ending up in a situation where the cynical policeman is compelled to put a lid on the case and move on."