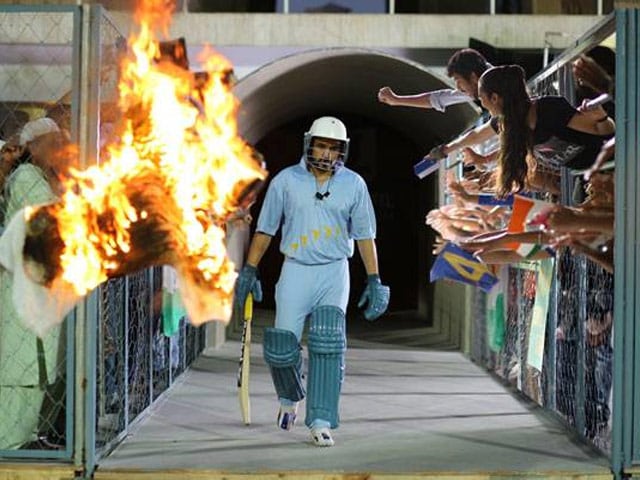 Mumbai: The teaser of forthcoming film Azhar, which will give a glimpse into the life of former Indian cricket captain Mohammad Azharuddin, was launched by the film's lead actor Emraan Hashmi on Monday. He introduces himself as "Main Azhar" in it.

In the teaser, the actor guides viewers through Azharuddin's life from being a famed cricketer to being termed a traitor. The magic of Emraan's voice backs the trailer, without giving a visual glimpse of the actor, whose look as Azhar was earlier revealed via a poster of the film.

While in character, Emraan tells viewers the three things that describe him in the best way - a person who believes in god; his marital status and a black spot in his career due to match-fixing allegations.

In the teaser, The Dirty Picture actor is seen walking out of the pavilion amid a cheering crowd. The visuals segue from a happy fan moment to riots and burning of an effigy.

Promoted
Listen to the latest songs, only on JioSaavn.com
Directed by Tony D'Souza and produced by Balaji Motion Pictures and MSM Motion Pictures, Azhar is slated for a worldwide release on May 13, 2016.

Azharuddin led the Indian cricket team for most of the 1990s. He was implicated in a match-fixing scandal in 2000, and banned for life. But later in 2012, the Andhra Pradesh High Court lifted the ban.