"Couldn't be happier to launch the title of your debut film Ashok Galla," wrote Mahesh Babu 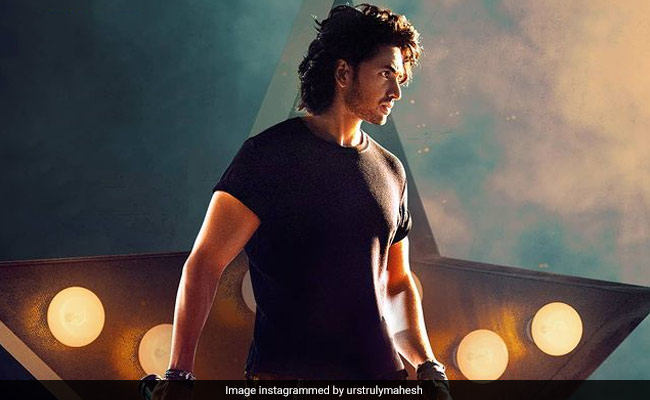 Telugu superstar Mahesh Babu's nephew Ashok Galla is all set to make his acting debut with a film titled Hero. Ashok has some impeccable genes. He is the grandson of veteran actor Krishna. Ashoka's parents are Padmavathi (Mahesh Babu's sister) and politician Jayadev Galla. Mahesh Babu shared the poster of the film Hero on social media and he congratulated Ashok. "Couldn't be happier to launch the title of your debut film Ashok Galla! This looks super interesting! The Hero journey begins! Good luck to Sriram Adittya (the film's director) and team," he wrote. Meanwhile, Mahesh Babu's wife Namrata Shirodkar also gave a shout out to Ashoka Galla and wrote: "Good luck on your debut. Hero teaser looks really promising! Looking forward to the film and your performance. Wishing the team all the very best."

Hero, starring Ashok Galla in the lead role, also features Nidhhi Agerwal. The film has been directed by Sriram Adittya and it has been produced by Padmavathi Galla. The film's teaser released today. The video begins with a visual of Ashok Galla dressed as a cowboy in the middle of a desert. What follows is a montage of some high-octane scenes. In another snippet, Ashok is seen dressed as joker as he looks at his reflection in the mirror and says, "Why so serious?" See the teaser here:

Mahesh Babu, son of Telugu actor Krishna, started his career as a child artiste with 1989 film Poratam, featuring his father. He also starred in his father's films Sankharavam and Bazaar Rowdy among others. Mahesh Babu made his full-fledged silver screen debut with 1999 film Raja Kumarudu opposite Preity Zinta. He went on to feature films like Athadu, Pokiri, Athidhi, Dookudu, SPYder, Bharat Ane Nenu and Maharshi, to name a few. He was last seen in Sarileru Neekevvaru. His upcoming project is Sarkaru Vaari Paata.