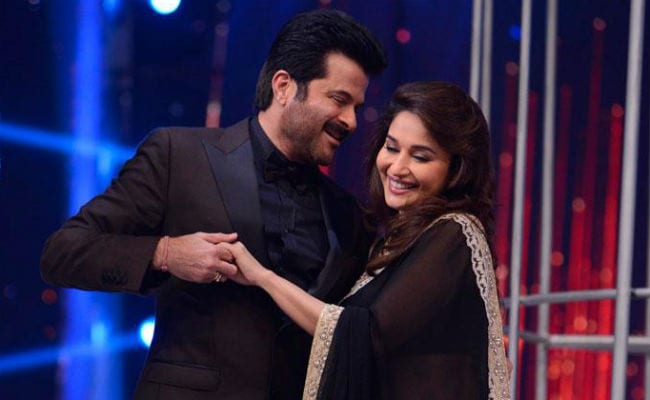 New Delhi: 17 years since we last saw them in Pukar, Madhuri Dixit and Anil Kapoor will co-star again. Yay! This is definitely great news for all Madhuri Dixit-Anil Kapoor fans. Their favourite jodi from the Nineties will reunite in Indra Kumar's comedy drama titled Total Dhamaal. Confirming the news, Indra Kumar told News18: "Yes, Anil Kapoor and Madhuri Dixit have been paired in Total Dhamaal, which goes on the floors in January in Mumbai." He added, "This film is essentially a comedy so don't expect any Dhak Dhak but I promise Total Dhamaal. Anil and Madhuri have always been a great pair to work with and getting them together again is a dream."

Indra Kumar had earlier directed Anil Kapoor and Madhuri in blockbuster hit Beta, for which the actors won the Filmfare Award for Best Actor and Best Actress respectively. They have shared the screen space in more than a dozen films such as Hifazat, Tezaab, Parinda, Ram Lakhan, Kishen Kanhaiya and Khel.

Promoted
Listen to the latest songs, only on JioSaavn.com
It seems Madhuri Dixit is Indra Kumar's lucky charm. Indra Kumar's films with Madhuri like Dil, Beta and Raja received great appreciation. Of Madhuri, Indra Kumar said: "I approached her a couple of months ago and the script worked its dhamaal on her and everybody else."

The film will be co-produced by Ashok Thakeria and the director promises a dhamaal Diwali next year. Meanwhile, Madhuri Dixit, who was last seen in Gulaab Gang, is all set to make her Marathi debut while Anil Kapoor is prepping for his upcoming Fanney Khan, co-starring Aishwarya Rai Bachchan.