Madhavan Dismisses Rumours Of Being Cast In Ratan Tata's Biopic. Here's What He Tweeted 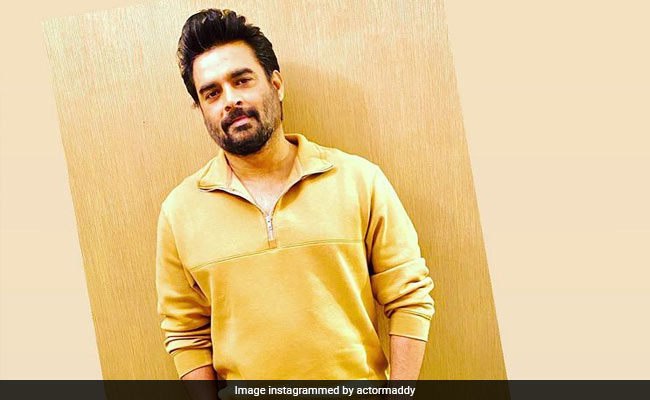 R Madhavan, an active social media user, was busy interacting with his fans on Twitter on Saturday. The 50-year-old actor, in one of the tweets, was asked by a fan if he were to star in industrialist Ratan Tata's biopic. An excited Twitter user asked Madhavan, "Is this true that you are gonna play a lead role in Ratan Tata Biopic? If this happens it's gonna be a huge inspiration to many." Madhavan dismissed the rumours rightaway and explained the posters circulating on social media were created by some of his fans and that no such project is being discussed. He tweeted: "Hey unfortunately it's not true. It was just a wish at some fans will made the poster." He added that no such project is in the line-up or even being discussed.

Hey unfortunately it's not true. It was just a wish at some fans will made the poster. No such project is even on the pipeline or being discussed. https://t.co/z6dZfvOQmO

Madhavan frequently delights his fans to posts from different facets of his life. Almost every time when Madhavan shares a selfie, he sends the Internet into a meltdown. His posts often have hilarious captions. Remember the selfie that the actor shared a few months ago, which he captioned "Night shoots?" He added a text along with the post and he wrote: "Trying to keep the sleep of the eyes during a night shoot." How can be forget the humour-infused post, which he captioned: "Lost 2 KGs of..... Hair."

ICYMI, these are the posts we are referring to:

In terms of work, Madhavan will next be seen in Rocketry: The Nambi Effect. The actor was last seen in the thriller Nishabdham, co-starring Anushka Shetty. It is streaming on OTT platform Amazon Prime Video. He also awaits the release of his upcoming film Maara, which is the Tamil remake of Malayalam film Charlie. The film will release on December 17 on the streaming platform Amazon Prime Video.