Made In Heaven Is Groundbreaking Look At Indian Weddings: Foreign Media On Amazon Prime Show 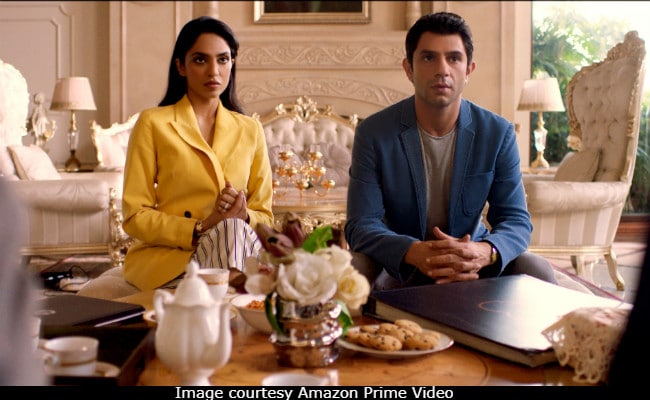 South Asians, it can easily be argued, are global leaders of the wedding industrial complex. Winter marks the height of the region's annual wedding season. As temperatures cool, closets swell, and Technicolor tents unfurl. With the booming ranks of millionaires and billionaires across India, these spectacles have grown grander than ever. For evidence, look no further than Beyoncé's private concert in Rajasthan in December for the nuptials of Isha Ambani, the daughter of the richest man in India.

For the unfortunate masses whose diamond-encrusted invitations to this year's wedding season were somehow lost in the mail, there's Amazon Prime's new series, Made In Heaven, a groundbreaking Indian drama made for global audiences.

Made In Heaven is about two wedding planners serving New Delhi's elite and all their wedding spectacle needs. It's Amazon Prime's fourth original series for the Indian market, and in the four weeks since its release, the show has morphed into a bona fide cultural phenomenon among South Asians at home and abroad. The cast is stylish, the colors are exquisite, and the weddings themselves are nothing short of cinematic extravaganzas.

The series, delivered in a blend of English and subtitled Hindi, has already launched countless think-pieces and earned rave reviews from Indian critics. While seducing audiences with the undeniable exuberance of the parties, it reveals the broken and vulnerable men and women hiding behind all the gilded ensembles. It dares to look inside modern India's many closets, offering a piercing insider's portrait of a society very few journalistic books or articles on "new India" can capture.

Made In Heaven is set in New Delhi, where the affluent and the politically connected expect nothing short of tulips flown in from Amsterdam and the finest Bordeaux wines for their grooms and brides. While the show offers the irresistible allure of that glamorous world, there's a bait-and-switch midway through: The featured wedding in each episode is seen through the eyes of two central characters, wedding planner Karan Mehra (Arjun Mathur) and his business partner, Tara Khanna (Sobhita Dhulipala).

Karan is an openly gay man in a society that still largely despises his orientation, and Tara is an unhappily married pillar of the Delhi elite. While Karan leads negotiations with their clients in what remains a largely patriarchal culture, Tara is often looking out at her wedding designs quietly, hidden behind her designer sunglasses and severely tailored dresses. In an elegant series of flashbacks, the backstories of Karan and Tara are revealed, and it becomes clear the show is more interested in using the weddings to explore these characters than indulge in breezy wish-fulfillment entertainment.

The show is set against the backdrop of the campaign to decriminalize homosexuality in India, and the writers explore the self-hatred and homophobia that drives Karan's seething rage and loneliness. Tara has arrived at her perch among Delhi's upper class through marriage and deception, leaving her lower-middle-class family far behind as she's stuck in a perpetual state of impostor syndrome and buried shame. Tara gazes upon the emptiness that's now her reality. At various junctures across the nine episodes, both Karan and Tara let their masks slip and reveal the pain they're concealing from their clients and themselves.

The show was created and mostly made by a team of female filmmakers. The female and queer gaze are at the heart of what makes the show so daring and revelatory. It is a provocative exploration of gender, marriage and love in a society still wrestling with how to blend patriarchal traditions with modern urban life. Tara and Karan often leave their client meetings in a state of confusion, left to plan spectacular receptions while grappling with alignments that are defined by dowries, dishonesty and manipulative parents who use their daughters as bargaining chips for business deals and political alliances.

By centering its story on two friends who are not romantically involved but proudly queer and unapologetically feminist, the show is a far-cry from Bollywood's fairy-tale romances. It's ultimately a series about reconnecting with oneself, rather than living by society's expectations of what happiness looks like. 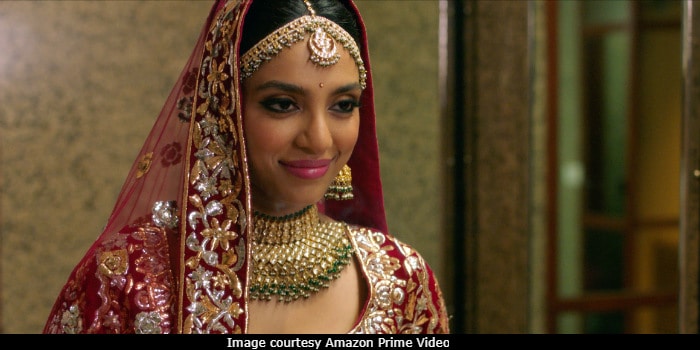 Streaming services such as Netflix and Amazon Prime recognize the sheer scale of the Indian digital market, and the insatiable appetite for storytelling in the movie-mad land of Bollywood. Made In Heaven succeeds at marrying the polish, bravado and experimental nature of the "golden age of television" with Indian stories. For now, such productions are still operating outside the purview of the conservative and unpredictable Indian censor board, which would never allow the explicit gay sex, frank language and politics of Made In Heaven to pass so easily through its tentacles.

The real gift for viewers of in-house productions from Netflix and Amazon Prime is how they can be released and accessed around the world. These shows can be binged in high definition at the same time in New Delhi and Washington, D.C., marking a welcome "diversifying" of what's on offer to Western audiences. Ongoing debates over representation in the United States have centered on seeing brown, black and queer faces in existing American genres. To now have access to stories from elsewhere as distinctive, well-told and relatable as those featured in Made In Heaven hints at the sheer possibilities of streaming's multicultural - and global - age.

(Except for the headline, this story has not been edited by NDTV staff and is published from a syndicated feed.)
Comments
made in heaven reviewmade in heaven foreign media