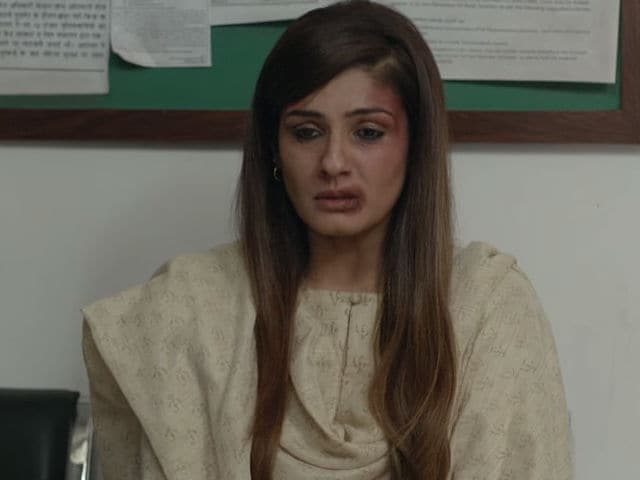 New Delhi: Bollywood actress Raveena Tandon says that her upcoming film Maatr will not be promoted on The Viral Fever (TVF), an online comedy platform, after its boss Arunabh Kumar was booked by Mumbai police in a sexual harassment case. The trailer of Raveena's film Maatr released on March 30. The actress told media persons: "I was stuck in the middle of a snow blizzard in New York and my Internet wasn't working. But when I returned, it was a decision made by the whole team (to not promote on TVF) and we will abide by that," reports news agency PTI. Maatr is directed by Ashtar Sayed.

In the trailer, we see Raveena Tandon fight powerful criminals on her own after the judicial system fails to support her and her daughter, who has brutally assaulted. Raveena's character wants justice at any cost and therefore took the matter in her own hands.


Meanwhile, the makers have also scrapped Pakistani singer Rahat Fateh Ali Khan's presence from a song in the film saying, "It would've been very ideal if we could, but unfortunately at this stage it is not happening," producer Anjum Rizvi told PTI. Raveena Tandon added: "As far as I am concerned, I feel art (and) culture music has no boundaries. Music is something which flows from within, has no walls, you can't conceal it. Once the sound, musical notes are out you can't control it." The makers will now use Raveena's scene from Maatr in the music video instead of featuring Rahat Fateh Ali khan.

Promoted
Listen to the latest songs, only on JioSaavn.com
Maatr also stars Rushad Rana and Madhur Mittal and is scheduled to release on April 21.