Lucknow Central: Farhan Akhtar Shares A Glimpse Of His Character From The Film 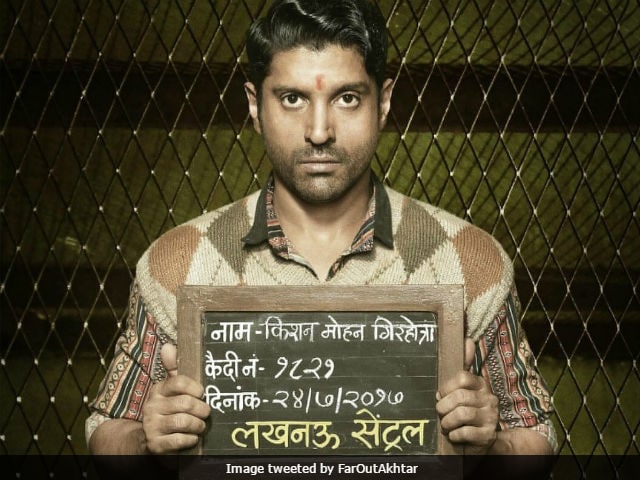 New Delhi: Actor Farhan Akhtar delighted all his fans and followers on social media by sharing a glimpse of his character Kishan Mohan Girhotra from his upcoming film Lucknow Central. The picture is a mugshot of the 43-year-old actor, who plays a convict in the film. "Ye hai Kishan Mohan Girhotra.. jail mein isse 1821 bulaate hain. #LucknowCentral #firstlook #15september2017," tweeted Farhan Akhtar. Lucknow Central is being directed by Ranjit Tiwari and will be produced by Nikkhil Advani. The film will narrate the journey of a small town man, whose circumstances land him up in jail. He then forms a music band with other inmates. Farhan and Gippy will play the members of the band. Diana Penty will reportedly be seen portraying the role of an NGO worker, who helps inmates in forming a band to channelise their talent in a positive way.

In an earlier interview with news agency PTI, Diana Penty said that she almost instantly agreed to do the film. "Playing a character that holds her own in a film that has some of the finest actors from our industry, makes it even more special for me," PTI quoted the 31-year-old actress as saying.

Farhan Akhtar last featured in Rock On 2, co-starring Arjun Rampal, Shraddha Kapoor, Purab Kohli, Shashank Arora and Prachi Desai. After Lucknow Central, he will be seen in Anand Surapur's The Fakir of Venice.

Promoted
Listen to the latest songs, only on JioSaavn.com
Diana Penty was last seen in 2016 movie Happy Bhag Jayegi . After Lucknow Central, she will feature in Parmanu: The Story Of Pokhran.