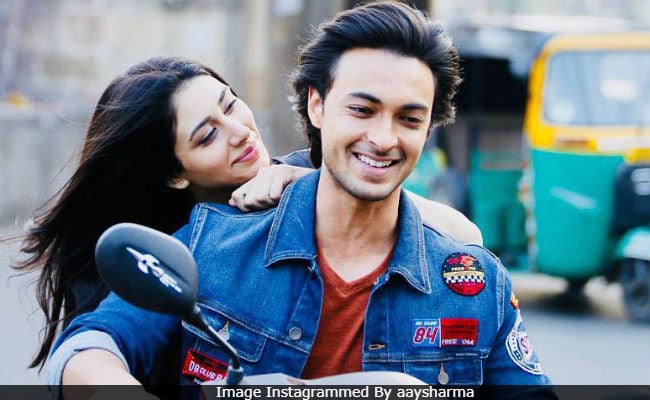 Warina Hussain and Aayush Sharma, the lead stars Loveratri, were fined for riding a bike without helmets in Vadodara (Gujarat), where they were promoting their forthcoming film, The Times Of India reports. The duo were fined Rs 100 each as a penalty. The TOI report states that the Vadodra Police arrived at their hotel late in the night to issue the memos to them. "We sent cops to issue memo to both the actors at their hotel. They are celebrities and hence they should understand their responsibilities and follow traffic laws," TOI quoted assistant commissioner of police (traffic) Amita Vanani as saying.

Warina and Aayush, who are debuting in Bollywood with Loveratri, kick-started the promotions On Monday from Vadodara. They rode from the airport to Sursagar Lake in the evening. After their pictures surfaced on the Internet, several users pointed out that they are not wearing helmets and some categorically mentioned how celebs are not fined for flouting traffic rules. The comments prompted the police to take action against them, TOI report states.

Some months ago, actor Kunal Kemmu was issued an e-challan by Mumbai Traffic Police for riding a bike without helmet while Varun Dhawan was pulled up for taking a selfie with a fan mid-traffic jam in Mumbai last November.

The TOI report also states that a recent investigative report has revealed that superstar Salman Khan, who is also the producer of Loveratri, is among one of the defaulters who haven't paid their fines for violating traffic. Salman was also accused in 2002's hit-and-run case of Mumbai.

Meanwhile, in Vadodara, Warina and Aayush also recreated their some of the scenes from the film and interacted with fans. Aayush is Salman's brother-in-law. The film's first schedule was also shot in Vadodara.

Loveratri is set in Gujarat, against the backdrop of Navratri. The film is directed by Abhiraj Minawala and is set to release on October 5.