Loveratri, starring Aayush Sharma and Warina Hussain, is set in Gujarat, against the backdrop of Navratri 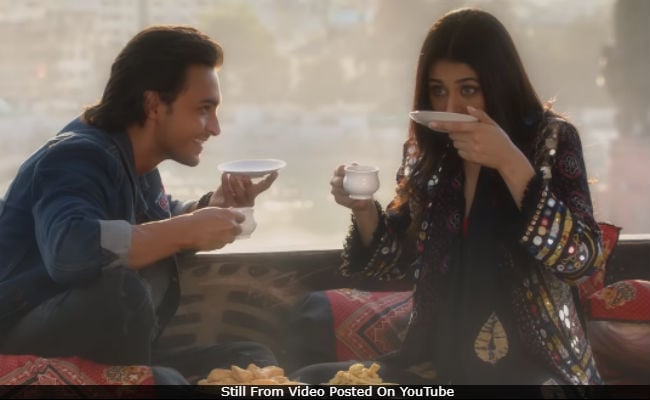 Define a love story in a regular Hindi film. It's about a boy and a girl who meet and fall in love and later, they have to fight for it to win each other. That's exactly how Loveratri appears to be (nothing new). Loveratri, starring Aayush Sharma and Warina Hussain, is set in Gujarat, against the backdrop of Navratri. Aayush plays a garba teacher from Baroda, who falls in love with Warina, who visits the town during Navratri. Soon, love takes over, they enjoy their time with each other until she leaves for London. To win over his lady love, Aayush also lands in London. Ronit Roy plays Warina's father, who opposes their relationship while Ram Kapoor stars as Aayush's supportive dad. Arbaaz and Sohail Khan are also part of Loveratri, produced by Salman Khan.

Aayush Sharma is Salman's sister Arpita's husband. Loveratri is his debut Bollywood film and also Warina's first project as an actress. She is a model and has previously featured in some TV commercials.

Of Salman's guidance, Aayush told news agency IANS, "I am very lucky and privileged that he is there to guide me in the right direction. He used to guide me properly, and told me that 'It's not about the number of auditions you are giving, but about when you give an audition, how good you are'. I trained with Salman bhai for four years, and he was very particular in saying, 'Listen, I can give you a debut, but after that when you go in front of the camera, it's your job to act and perform... I can't do that for you'."