The Tips Salman Khan Gave Aayush Sharma For Loveratri Were On... Not Acting

Aayush Sharma is making his Bollywood debut with Loveratri, which is being produced by Salman Khan 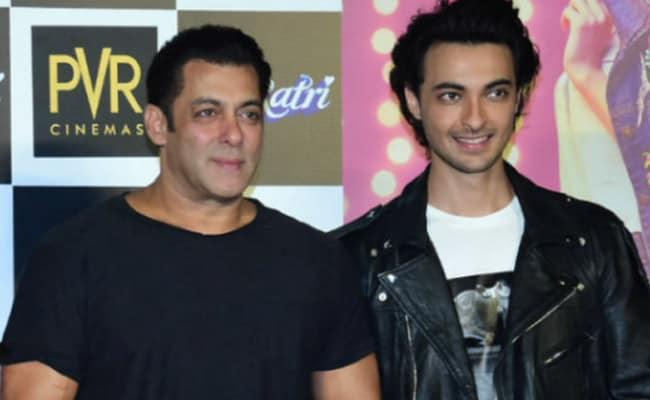 Aayush Sharma, who is making his Bollywood debut with brother-in-law Salman Khan produced Loveratri, told news agency IANS that the 52-year-old actor gave him tips about body building when he started prepping for the film. Aayush, who appears to have undergone rigorous training to beef up his body, said that the makers wanted to make sure that Salman's "loyal" audience gets to see some body shots in the film. "We have made sure that his loyal audience sees some body shots in the film. He gave me tips about body building when I started preparing for the film. It's a film produced by Salman Khan. If we don't show body shots in the film then what's the use of gaining a good physique?"

Speaking at the event in Mumbai, Aayush also revealed that the latest song from Loveratri - Rangtaari - has been entirely "conceptualised" by the actor. "Salman has conceptualised this entire song. I am happy with the initial response to Rangtaari song," Aayush told IANS. Rangtaari song, featuring Aayush Sharma, released on Wednesday and has garnered over nine million views. A peppy dance number, Rangtaari perfectly encapsulates the festive fervour.

Loveratri is a romantic drama, which stars Warina Hussain as Aayush's love interest. The film is set in the backdrop of Navratri and also stars Ronit Roy and Ram Kapoor in pivotal roles.