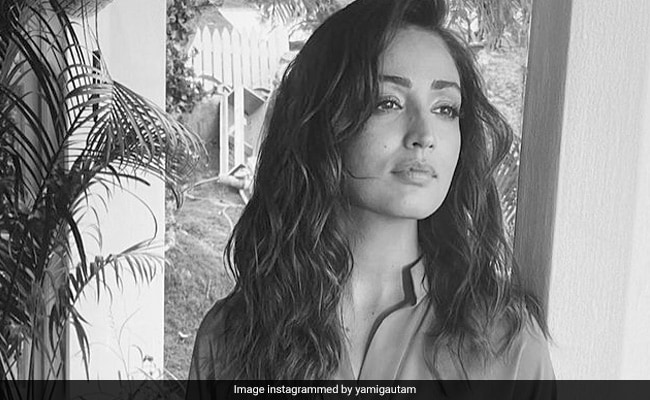 Actress Yami Gautam, who recently got married to Uri: The Surgical Strike director Aditya Dhar, on Tuesday, announced her new film Lost. Yami Gautam shared the update about her new project through an Instagram post. She shared a poster of the film on Instagram and shared that she will soon begin filming for the movie. Directed by Aniruddha Roy Chowdhury, the film will also star Pankaj Kapur and Rahul Khanna in pivotal roles. "Here comes another hard-hitting and thrilling tale that's more relevant than ever in today's time, #Lost. Helmed by Aniruddha Roy Chowdhury and starring me, #PankajKapur, Rahul Kanna, Neil Bhoopalam, Pia Bajpaiee and Tushar Pandey. Filming begins soon," Yami Gautam wrote in the caption of the post.

Yami Gautam's new film announcement post received scores of comments from her fans. Among others, Yami's Ginny Weds Sunny co-star Vikrant Massey dropped a comment on the post. "I am so so so proud of you Yami G," Vikrant wrote and added a heart emoji.

Lost will mark the actress' first film post her wedding. As per Bollywood trade analyst Taran Adarsh, the film will be shot in Kolkata and Purulia.

As mentioned above, Yami Gautam and Aditya Dhar got married in June. The actress-director duo announced their wedding with an Instagram post on June 4. They shared a picture from their wedding rituals. "With the blessings of our family, we have tied the knot in an intimate wedding ceremony today. Being very private people, we celebrated this joyous occasion with our immediate family," Yami wrote in the caption of the post.

Yami Gautam was last seen in the Netflix film Ginny Weds Sunny in 2020. She will soon be seen in horror-comedy Bhoot Police, which is set to release on Disney + Hotstar.