Lootcase Trailer: How a bag full of cash changes everything in Kunal Kemmu's life 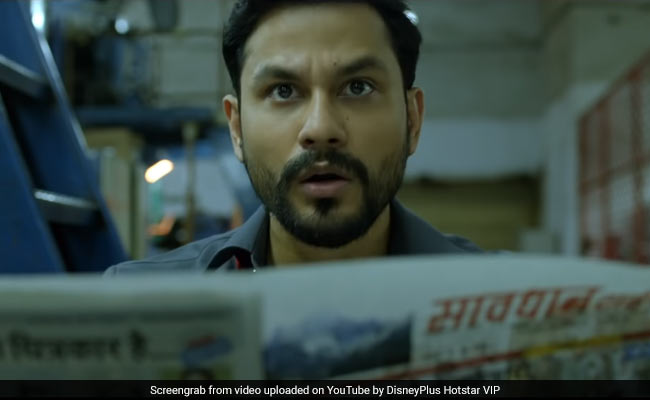 Kunal Kemmu in a still from Lootcase trailer (courtesy YouTube)

Kunal Kemmu and Rasika Dugal dropped the trailer of their new film Lootcase on Thursday, which introduced the entire cast of the film. Lootcase is a comedy with a suitcase full of cash (which appears to be illegal money) as the focal point of the storyline. Kunal Kemmu plays the role of "middle class aadmi" named Nandan Kumar while Rasika Dugal is his wife Lata. Actor Vijay Raaz has been cast as the "junglee don" Bala Rathore while Gajraj Rao is the "shaatir MLA" Patil and Ranvir Shorey is "hunhaar cop" Inspector Kolte. Lata is a housewife, busy with the daily chores of a middle-class household while Nandan is a service man, who struggles to make ends meet. Nandan is often reprimanded by Lata for their financial status. One night, Nandan's fate changes when he accidentally stumbles upon a suitcase full of cash. He starts living a secret life and goes into dilemma over whether to make use of the cash or not.

Enters Inspector Kolte, who is instructed by MLA Patil to hunt down the missing bag of cash after being threatened by don Bala Rathore. While in some parts, the trailer seems interesting, it is riddled with several forced attempts at humour. The Lootcase trailer also has a blink-and-miss reference to Shah Rukh Khan - when Inspector Kolte begins his investigation and asks for a sketch of a possible suspect, he's shown a sketch of actor Shah Rukh Khan. A still from the Lootcase trailer

Watch the trailer of Lootcase here:

In June, Lootcase was announced as one of the seven Bollywood films to release on OTT platform Disney+Hotstar. Directed by Rajesh Krishnan, Lootcase will premiere on Disney+Hotstar on July 31.