Look Who Govinda's Dancing Partner in the Eighties Was 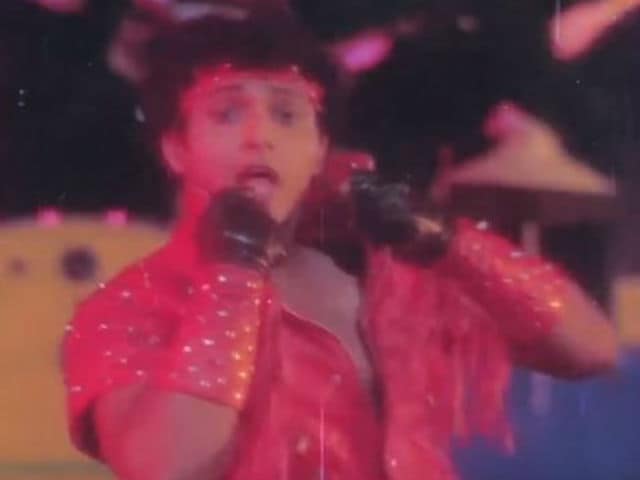 A still from the song Street Dancer

New Delhi: Actor Govinda has starred in evergreen dance numbers with Raveena Tandon and Karishma Kapoor in the nineties. But who was his dancing partner when he was still a Street Dancer? It was Bollywood choreographer- Farah Khan.

How do we know that? Farah herself spilled the beans on Instagram on Sunday. Farah, 51, Instagrammed this blast from the past picture.

In the image, Govinda is dressed in a jacket which reminded us of Michael Jackson's Bad leather jacket while Farah is all jazzed up in hot pink dress and make-up and gold accessories. And hey, is that Sunita (Govinda's wife) sitting beside him?

Blast from the past!! When I used to b Govindas dance partner in his shows.. London circa 1987

Govinda, 52, made his debut in 1986 with Ilzaam in which he break-danced to the tunes of Street Dancer. He also starred in films like Love 86, Khudgarz, Hum. His most successful films-- Coolie No. 1, Hero No.1 , Saajan Chale Sasural, Shola Aur Shabnam--have been with director David Dhawan. Govinda was last seen in Happy Ending in 2014.

Farah started her dancing career after watching Michael Jackson'sThriller. A self-taught dancer, Farah got her first break as a choreographer in Jo Jeeta Wohi Sikander in 1992. She made her debut as a director with Main Hoon Na (2004) starring Shah Rukh Khan and Sushmita Sen.